New US climate plan due on Monday, roll-out set for 2022 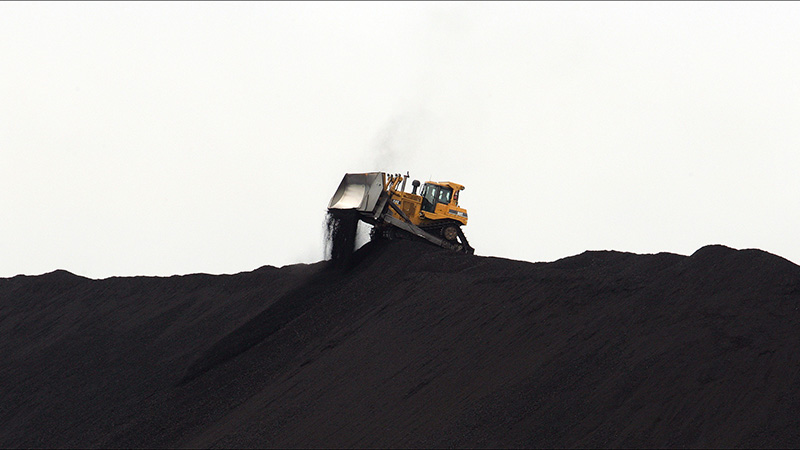 A bulldozer pushes a mountain of coal at a rail terminal on the Tennessee River. Emissions from power plants total 40% of US emissions (Flickr/ Kentucky photo file)

The top US green regulator could give states two years more leeway to curb greenhouse gas emissions as a concession to broaden approval.

The Environmental Protection Agency is set to finalise regulations for emissions from power plants as early as Monday as part of President Barack Obama’s legacy-defining clean power plan.

Under draft proposals last year, states had to begin emission curbs for plants fired by fossil fuels by 2020, the EnergyWire website reported on Wednesday.

But a PowerPoint slide prepared by EPA’s Office of Air Quality Planning and Standards reflected the changes to 2022.

The changes could get reluctant states on board and bolster its immunity to legal challenge.

Obama’s vowed to cut emissions from power plants by 30% below 2005 levels by 2025, as a core plank of the country’s cutting of greenhouse gases.

Republicans have depicted the ruling as bureaucratic tyranny, taking away jobs and hiking electricity prices.

According to the National Resources Defense Council, the plan will create 274,000 jobs and save the typical family $103 a year in bills.

Several have mounted legal challenges to the executive order by the administration, which sidesteps Congress.

Republican house leader Mitch McConnell, a coal advocate from Kentucky, has railed against the regulations and called for a state-by-state defiance of the rules.

Though some states are already on track to hit targets, with environmentalists saying the regulations aren’t strong enough.

The US is working to clinch a global warming agreement in Paris in December, and will trade on the clean power plan as evidence of concerted climate action.

Read more on: Energy | US Energy