Countries like Bangladesh and the Maldives need cash to deal with global warming, but have a poor record on transparency 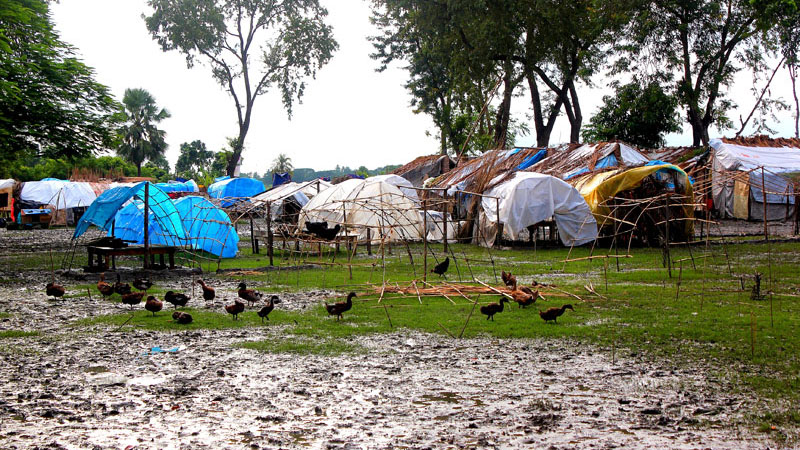 A pillar of an anticipated UN global pact in Paris is financial support for poor countries to cut carbon and climate-proofing.

Those launch solar farms in Ethiopia or build sea defences in the cyclone-battered Maldives.

Close to US$30 billion went from the world’s six top development banks in 2014 to green projects. More is ‘leveraged’ from the private sector.

But some destinations of the climate-fighting funds are problematic. Many of those most vulnerable to climate impacts rank among the world’s most corrupt.

They fall between 25 and 43 on the watchdog Transparency International’s 2014 Corruption Perceptions Index (with 0 perceived as highly corrupt and 100 very clean).

Donors worry about funds not reaching their recipient, as public money is siphoned off to offshore bank accounts; or cronyism inflating bid prices for contracts.

In 2010, Transparency International (TI) set up a climate finance unit “in recognition of the urgency and scale of the problem,” Leah Good, who coordinates the Asia-Pacific region, tells RTCC.

“The need to send a lot of money and have it spent effectively means it goes through relatively untested channels and new institutions built at an international level,” she adds.

Bangladesh is a case in point. In 2013, some $250,000 for flood defences in the Satkhira coastal region were rerouted from the national climate change trust fund, according to TI’s local chapter.

Budgets were exaggerated too, it found, with the collusion of officials at Bangladesh’s Water Development Board.

The case is now resolved, with a citizens’ committee formed to oversee the project. In 2011, a separate episode occurred where money for cyclone relief disappeared in the country, leaving shelters half-built.

The Maldives is another vulnerable state with a weak record on transparency. 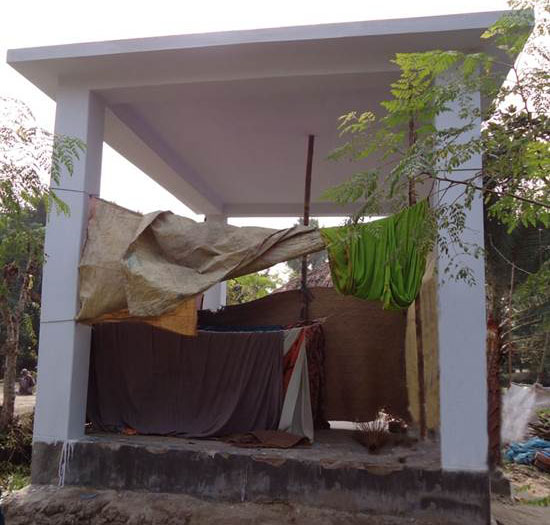 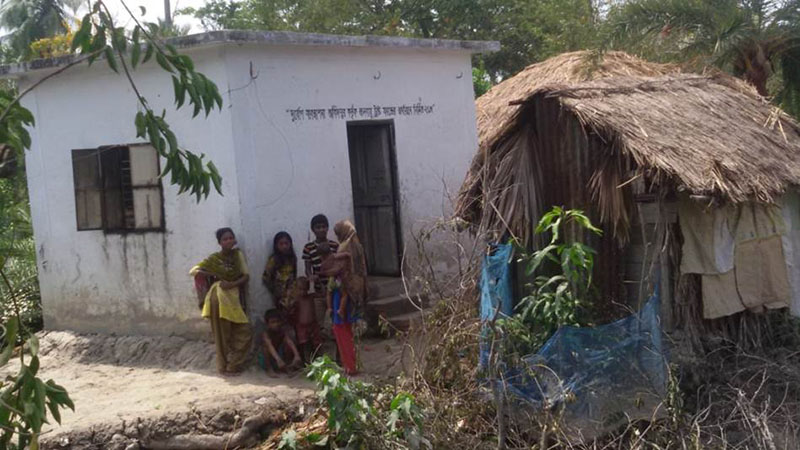 The completed house from a return visit in 2015, following pressure on the government to react to mismanagement of climate finance funds (Credit: Transparency International Bangladesh)

Cases like this hold back large contributions to the UN’s flagship Green Climate Fund, Lisa Ana Elges, a climate director at the international watchdog tells RTCC.

US Republicans cited concerns about corruption as part of an attempt to block President Barack Obama’s $4bn pledge to the fund, she says.

Rich countries have vowed to mobilise $100 bn of climate finance by 2020, some of which will flow through the GCF.

But transparency is critical and there’s nowhere near enough of it.

“It’s true for recipients and developed countries giving money,” says Saleemul Huq, director of the International Centre for Climate Change and Development at the Independent University of Bangladesh.

“It’s very hard to know who is giving money to whom.”

Publish What You Fund, an aid transparency campaign group, noted in their most recent climate transparency report in 2012: “While there are already a plethora of reporting and data management systems, the availability of data about overall and individual funding flows is currently poor.”

The Climate Funds Update tracks some $35 bn of funds and bilateral initiatives, with the GCF the largest, followed by the Clean Technology Fund, part of the World Bank’s portfolio.

The six multilateral development banks are refining how they measure finance ahead of a Paris climate summit.

The Green Climate Fund refuses to disclose the names of entities applying to distribute its funds until they are accredited, for example.

The initiative named this month another 13 entities as partners, taking the total to 20. These range from Rwanda’s Ministry of Natural Resources to the Inter-American Development Bank.

“It leaves a lot of questions of aptitude of the agencies,” says Elges.

Observers want to know if applicants are complying with important standards on money-laundering, fiduciary duty and grievance mechanisms.

The South Korea-based GCF didn’t respond to requests for comment.

“There’s no procedure to punish or suspend activities in case of wrongdoing, which is highly problematic.”

A spokesperson said GEF standards “reflect international best practice and candidate agencies are accredited only after they are found to meet the standards”.

The facility requires agencies to have “accountability systems” in place, and to respond to “complaints and concerns from affected people”.

Corruption is likely to be exposed by whistle blowers, typically a middle-manager at an irrigation project for example. “Who do they complain to?” asks Elges, adding processes at the UN’s environment and development programmes were inadequate.

Tensions between rich and poor nations are likely to persist over the granting of cash.

An EU source tells RTCC: “You can’t put a blank cheque what the $100 billion is going to finance. Pumping up the project pipeline is going to take time. You need bankable projects.”

“For them to be preach to developing countries to be transparent is a bit like the pot calling kettle black,” he adds.

As December’s Paris summit draws nearer, debates over climate finance are set to intensify with developing countries like India and China demanding to see hard evidence of progress towards the $100 billion target.