US and EU border controls have less influence on illicit trade as demand shifts to emerging economies, finds Chatham House 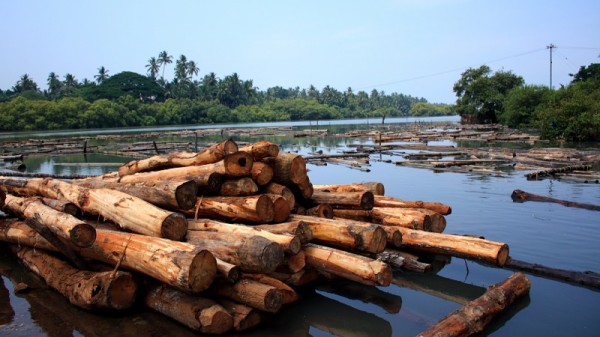 Chinese demand for timber is driving a resurgence in illegal logging, despite efforts by several countries to curb the destructive trade.

That was the finding of a Chatham House report published on Wednesday, which warned of the climate change impacts of uncontrolled deforestation.

Trees felled illegally in nine countries will have released more greenhouse gas emissions in 2013 than Denmark, Sweden and Norway combined.

“When we drew all our findings together, the estimates of illegal logging and trade, the picture was that there had been very little progress,” said researcher Alison Hoare.

The EU and US toughened up their border controls, restricting that market for illegal products.

Yet these gains have been overshadowed more recently by a shift in demand to emerging economies.

The researchers studied trade between 19 countries. Half of all the illegal timber was destined for China, the largest consumer and a major processing hub.

The volume of illegal timber shipped to China, India and Vietnam increased 50% between 2006 and 2013.

“There is a high level of awareness of the need to tackle the issue, but there remains a reluctance to introduce hard legislation.”

Chatham House also found more forest being cleared for agriculture. And small-scale illegal logging is on the rise within forest nations to supply domestic demand for wood.

Around half of illegal timber in 2013 came from Indonesia, a quarter from Brazil and 10% from Malaysia.

Other countries such as the Democratic Republic of Congo, Laos and Ghana produced smaller volumes of wood but a higher proportion came from illegal sources.

The researchers stressed the need for better governance to preserve forests as carbon stores and sources of sustainable livelihoods.