Millions rely on meltwater from Asia’s water towers, but lack of expertise and manpower hampers the study of climate impacts 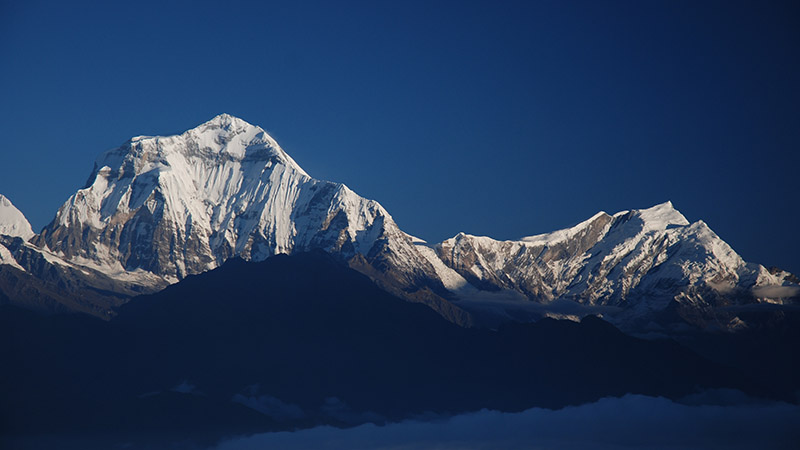 By Nivedita Khandekar in Delhi

Studying ice loss in the vast, inhospitable region of the Himalayas can be a very tricky business as most glaciers are found above 12,000 feet.

While much of the data is derived from satellite surveys, reliable field data is also vital − but skill shortages mean that only four of the approximately 9,500 glaciers spread across the Indian section of the Himalayas are being studied in detail.

Gathering field data involves a combination of skills that include high-altitude mountaineering. Weather restricts such work to about four months of the year, and there is also the constant danger of avalanches.

The mighty Gangotri glacier, in the far northwest of the country, is one of the four glaciers monitored in detail by field researchers.

Recent studies indicate that the Gangotri, one of the Himalayas’ largest glaciers and a primary source of the Ganges, is rapidly disintegrating. Nearly 30 kilometres long and between 0.5 and 2.5km wide, it is at present retreating by between 12 and 13 metres a year.

To analyse the impacts of climate change, and to predict what will happen in the future in glacial regions, it is necessary to carry out what glaciologists refer to as surveys of mass balance – analysing the relative difference between the accumulation and melting of ice and snow on a glacier over a given period.

Collecting and interpreting data – from satellite imagery and from field surveys – is highly specialised. And Indian institutions say a big knowledge gap has developed, with only limited field data being collected and a lack of trained personnel available to interpret the results of remote sensing and other data.

A determined effort is now being made by several institutions to produce more trained glaciologists.

The Indian government’s Department of Science and Technology is undertaking a project with the Swiss Agency for Development and Co-operation to train young scientists in glaciology as part of a Himalayan climate change and adaptation programme.

The Indian Space Research Organisation, which has been collecting satellite data on glaciers for many years, has a fully-fledged climate change department that is becoming more involved in monitoring glacier size and mass balance data.

The Divecha Centre for Climate Change, part of the prestigious Indian Institute of Science, is also combining studies of glaciology and climate change.

The generally accepted view is that the majority of glaciers in the Himalayas – an area often referred to as “The Third Pole”, due to its vast ice mass – are in retreat.

Yet in some areas, such as the Karakoram Range in the west of the Himalayas, satellite data indicates that glaciers are advancing.

The International Centre for Integrated Mountain Development (ICIMOD), a regional organisation based in Nepal and specialising in the Himalayas/Hindu Kush region, says much more field work is needed to draw reliable conclusions about the extent of glacial loss across the Himalayas.

It points to data collected in Nepal and to studies in China that clearly show a decrease in glacial area. At the same time, fragmentation means that more smaller glaciers are being created.

The world should be concerned about glacial melt in the Himalayas, ICIMOD says, because “there is evidence of changing climatic patterns leading to changing water flow patterns that could have serious impacts”.