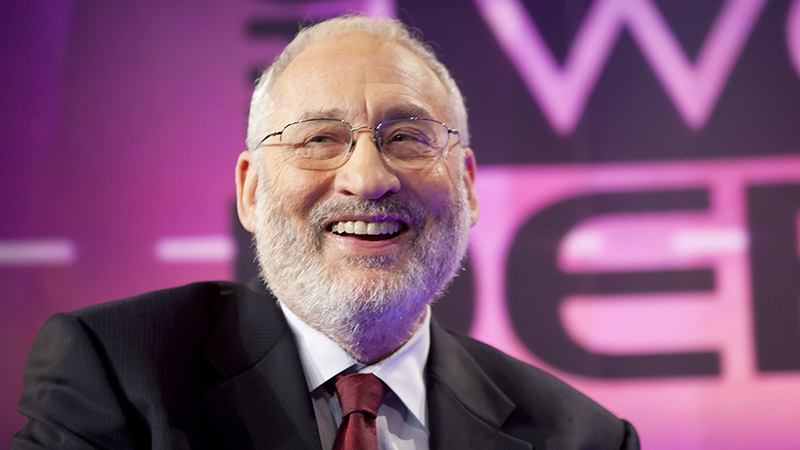 Joseph Stiglitz, a Nobel laureate in economics, has lent his intellectual weight to the goal of a low carbon economy, at an international scientific conference.

“Creating a green economy is not only consistent with economic growth, it can promote it, especially when there is a lack of aggregate demand, as in the aftermath of the financial crisis,” he said in his concluding remarks in Paris on Friday.

Stiglitz, who identified climate change as the global economy’s most serious issue, has railed against austerity in Europe. He says fiscal belt-tightening has slowed economic recovery in the region.

Speaking at the Our Common Future under Climate Change conference,  he called for an “enforceable” price on carbon polluting among a “coalition of the willing” as key to tackling climate change.

Around 40 countries and 20 regions mandate a carbon price either through taxes or emissions trading schemes, covering 12% of global greenhouse gases. But in many cases prices are too low to spur low carbon investment.

Critics say a tax on polluting would drive businesses to jurisdictions without taxes, known as “carbon leakage”. To counter this, complying countries should charge a tariff on imports crossing the border, Stiglitz said.

The professor at Columbia University in New York slammed the leading alternative proposal, a transnational cap-and-trade system, as “doomed to failure”.

Such a system, under which countries can trade pollution permits within a cap, he argued was unfair in awarding major emitters more credits for causing global warming.

Stiglitz added voluntary reductions in carbon, which will form the basis of an international agreement expected to be signed in December, wouldn’t be collectively sufficient to avoid dangerous climate change.

Current carbon-cutting pledges are forecast to overshoot an international goal of holding temperature rise to 2C above pre-industrial levels.