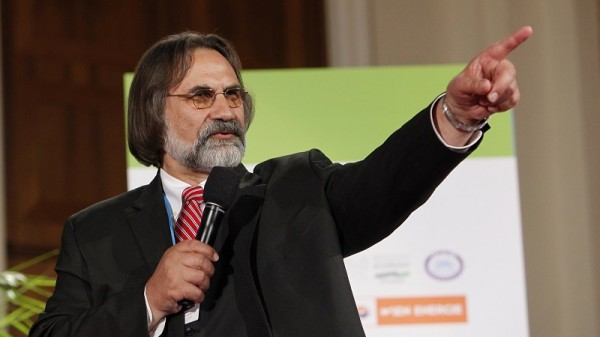 Austria and Montenegro have entered an energy economics expert into the contest to lead the UN’s climate science panel.

Nebojsa Nakicenovic, deputy head of the International Institute for Applied Systems Analysis (IIASA), goes up against four other candidates for the prestigious post.

A relative outsider, Nakicenovic has three months to convince representatives of governments to vote for him.

“He is one of the world’s most renowned scientists in the field of climate change and has shown strong leadership during his tenure at IIASA.”

The Montenegrin government added in its nomination letter: “His knowledge and practical experience in both the science and policy realms, in the developed as well as the developing world, make him a uniquely qualified candidate.”

Briefing: Who will head up the UN’s top climate science body?

At stake is the leadership of the Intergovernmental Panel on Climate Change (IPCC), the world’s leading authority on the science of global warming.

In October, officials from each country will elect a successor to Rajendra Pachauri, to steer the body over the coming years.

The other candidates are Hoesung Lee of South Korea; Jean-Pascal van Ypersele of Belgium, Chris Field of the US and Switzerland’s Thomas Stocker.

While he has been involved in the work of the IPCC, Nakicenovic is the only nominee not currently on the bureau.

His expertise is in clean energy systems and he advised the UN on its Sustainable Energy for All initiative.

The successful candidate must make sure the IPCC is producing evidence relevant to policymakers as they struggle to cut greenhouse gas emissions and adapt to a changing climate.

At the same time, he must preserve the scientific integrity of the institution amid the fraught politics of climate action.