German giant one of 13 new organisations to join forces with flagship fund, but questions raised over fossil fuel backing 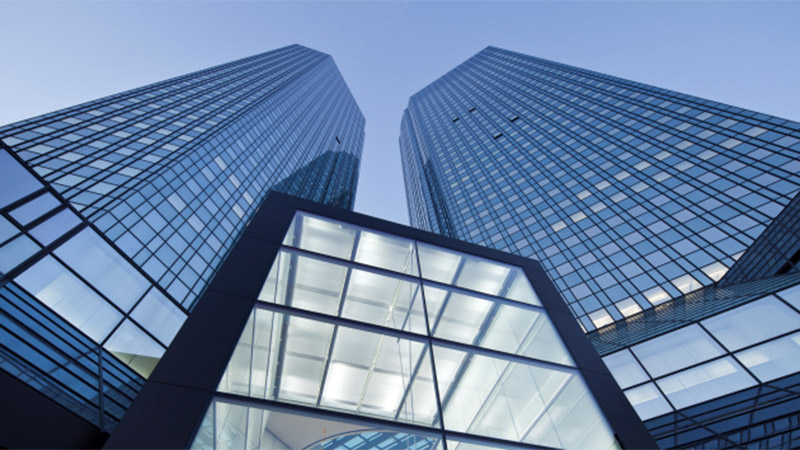 Leading coal funder Deutsche Bank is poised to become one of the UN-backed Green Climate Fund’s latest finance partners, to the anger of environmental groups.

Closed-door talks on 13 new partners took place at its headquarters in Songdo, South Korea today, with confirmation of its “accreditation” to the GCF expected later this week.

Regine Richter, from the German-based Urgewald campaign group, said the GCF was risking its reputation by siding with Deutsche Bank, Germany’s biggest bank.

“I have difficulty in understanding why this private bank, being so big in fossil fuels, should be a partner to help tackling climate change,” she said.

“It is one of the biggest coal financing banks. To me it seems a complete contradiction.”

Last December, Deutsche Bank was rated by the BankTrack network as the world’s tenth largest supporter of coal, with €15,274 million invested in the industry from 2005 to 2014.

In response, the bank said coal “cannot be avoided” in some regions of the world and said it would “continue to finance a diversified range of energy”.

The bank pulled out of funding a giant coal terminal in Australia after 180,000 Germans signed a petition voicing environmental concerns, but critics say it continues to invest heavily around the world.

But in its assessment for applicant APL014, GCF officials say Deutsche Bank “fully meets the requirements of the Fund’s basic fiduciary standards” and recommend it be accepted.

Citing renewable energy projects worth €4.3 billion, including €1bn of Deutsche Bank capital, they write the bank can offer a unique opportunity by “leveraging its global partnerships”.

“The applicant has been informed of the recommendation for accreditation,” they add of the bank, which applied to become a partner on 28 January 2015.

A government advisor at the GCF talks, speaking off the record, told RTCC the inclusion of DB was “controversial”.

Civil society observers in Songdo tweeted their anger at being excluded from the accreditation process, which is a major step towards ensuring the GCF gets up and running.

Despite assurances from the secretariat that it is focused on promoting green energy, many are concerned certain fossil fuel investments could get inked by the flagship fund.

No decision on accreditation yet!! #GCFund #GCF we are not happy about this lack of transparency

According to twitter, #GCF Board will decide on entities individually. (Good) I’m in Songdo but not in G-Tower, b/c session is closed. (Bad)

Other organisations likely to be rubber-stamped as partners are the World Bank, Africa Finance Corporation, Inter-American Development Bank and European Bank for Reconstruction and Development.

Backed by US$10 billion of public funds, the GCF is aiming to get its first projects cleared ahead of December. That is when a UN pact to address climate change is expected to be finalised in Paris.

Last week, executive director Héla Cheikhrouhou revealed the fund, which is charged with delivering a “paradigm shift” for green financing, had received 120 applications for finance worth $6 billion.

Of these, $500 million worth looked “promising”, she said.

“We have made a good start, but we will need to unlock climate finance at levels well beyond those raised so far.”