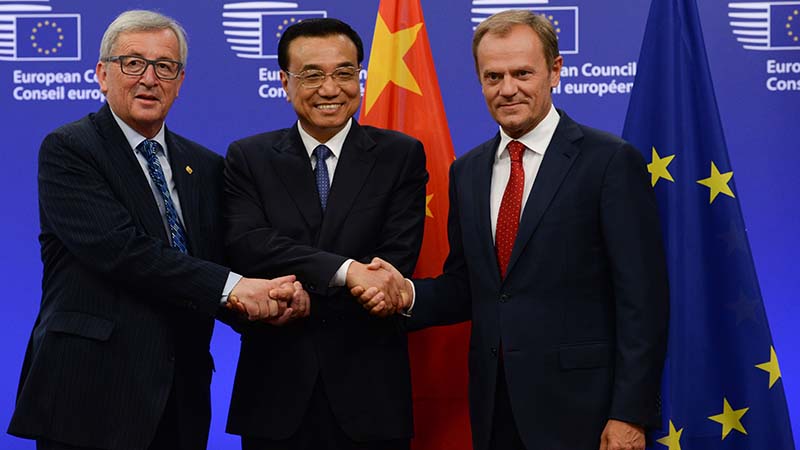 China and the European Union redoubled their commitment to a strong climate pact on Monday in a Brussels summit, as the Asian giant readied its widely-anticipated pledge for submission.

Heads of the world’s number one and three emitters of greenhouse gas emissions signed a joint agreement on climate change and heralded a “new starting point” after 40 years of relations.

It sees a deepening of Sino-European ties as new chiefs seek to overcome former diplomatic hostilities, with Chinese investment earmarked for a European infrastructure fund and greater collaboration on issues from migration to the Greece crisis.

“This year is critical in terms of global climate change governance,” said Chinese premier Li Keqiang, who travelled to the Belgian capital for the first time.

“We are willing to work together with the EU side to jointly tackle the challenge posed by climate change that observes principles of common but differentiated responsibility, equity and respective capabilities to implement climate change solutions,” he told reporters in a press conference.

China would submit its “intended nationally determined contribution” before the end of June confirming months of speculation, Keqiang said. Accounting for over a quarter of emissions, it is a significant player in crafting a global warming agreement 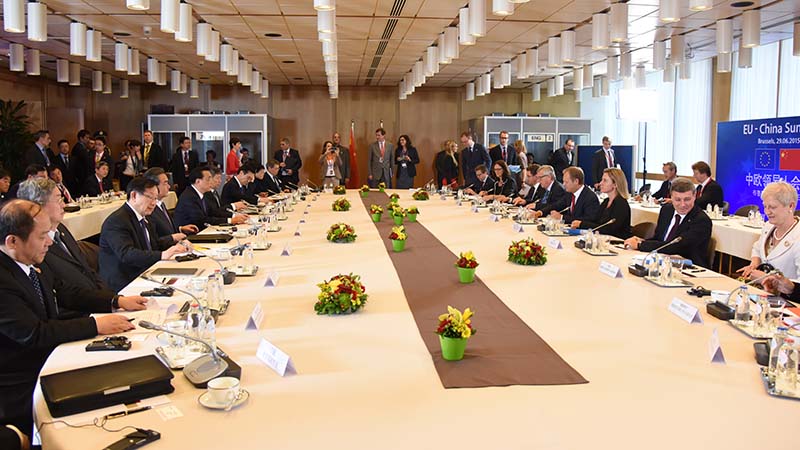 Jean-Claude Juncker, president of the European Commission welcomed China to “take on its shoulders” the ambition of EU commitments “if not in numbers at least in targets.”

The EU is targeting at least a 40% cut in emissions by 2030 from 1990 levels, while China has said it will peak ‘around 2030’. EU sources told RTCC last week that China could peak as early as 2025, and often favoured “conservative” targets which it could beat.

The EU wants China to assume more responsibility for bearing the burden of climate change as its economy and emissions have rocketed in the last two decades.

Donald Tusk, the president of the European Council of EU leaders spoke of the blocs’ commitment to hold global warming by 2C on pre-industrial levels as a “shared goal” as it addresses global challenges together.

“After development of more than 40 years, China-EU relationships are standing at a very high level, and can serve as a new starting point,” Keqiang added.