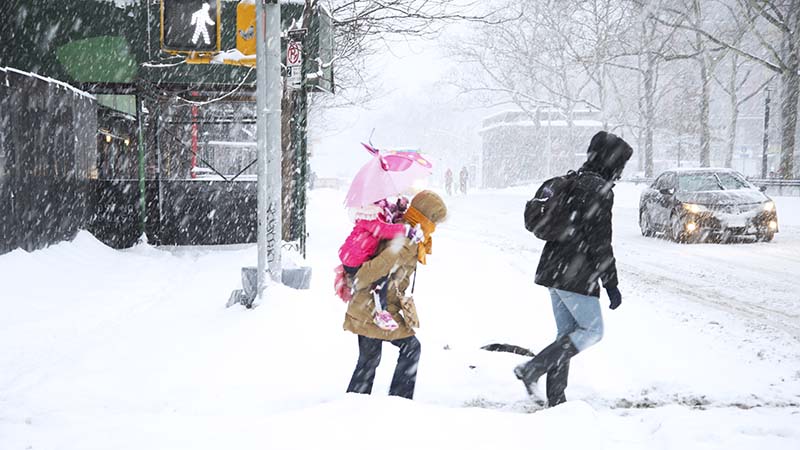 Global warming is unlikely to mean that fewer people in northern latitudes will die from cold during the winter, according to a study by scientists in the US.

Despite arguments that an increase in death rates caused by global warming and increased summertime temperatures will be offset by a matching drop in mortality as winter temperatures also rise, the study cautions against assuming any such link as research suggests otherwise.

The study, carried out over several years, looked at temperature-related seasonal mortality rates, particularly among elder people, in a total of 39 cities – the majority in the US, and three in France.

It concludes: “Our findings suggest that reductions in cold-related mortality rates under a warming climate may be much smaller than some have assumed.”

The research, carried out by a team led by Professor Patrick Kinney, a specialist in public health at the Columbia University Earth Institute in the US, is published in the Environmental Research Letters journal.

“We found that excess winter mortality did not depend on seasonal temperature range and was no lower in warmer vs colder cities, suggesting that temperature is not a key driver of winter excess mortality,” the study says.

Although the researchers acknowledge that seasonal temperature patterns can have an effect on health, many other factors influence mortality rates in winter among elderly people.

Diseases such as influenza – often transmitted when younger generations of families meet up with their elders at family celebrations – play a far greater role in mortality than the cold.

“Most older people who die over the winter don’t die from cold – they die from complications related to ’flu and other respiratory diseases,”  Kinney says.

Most previous studies investigating the links between temperature rises and death rates have focused on the impact of summer heat.

A prolonged heatwave across Europe in 2003 – which many scientists say can be attributed to climate change – is believed to have caused between 30,000 and 50,000 deaths. Elderly people in urban areas – often left stranded in their baking apartment blocks – were particularly badly hit.

A lot of media attention has also been given recently to the high rates of death among migrant workers from Nepal working in high temperatures in Qatar and other countries in the Gulf region.

The Columbia study looked at winter death rates among elderly people in cities in different climate zones and with differing demographics – from Paris and New York to Miami and Marseilles.

It found that most of the elderly people living in the cities from which data was gathered were not exposed to the winter cold for long periods as the majority had access to a warm indoor environment.

Kinney says that rather than decreasing mortality, warmer winters could have the opposite effect.

“We see mosquito-borne diseases emerging in new territories because warmer winter temperatures enable the insects to over-winter in more northerly regions,” he says.

“Warmer temperatures can also enable an insect-borne virus to replicate inside the insect vector to be transmitted and cause disease in a human or animal.

“Sadly, this research tells us that an increase in summer deaths due to climate change is unlikely to be counteracted by a reduction in winter deaths.”

Produced by the Climate News Network