Syria crisis shows how climate change can lead to instability and conflict, experts say in call for cooperation 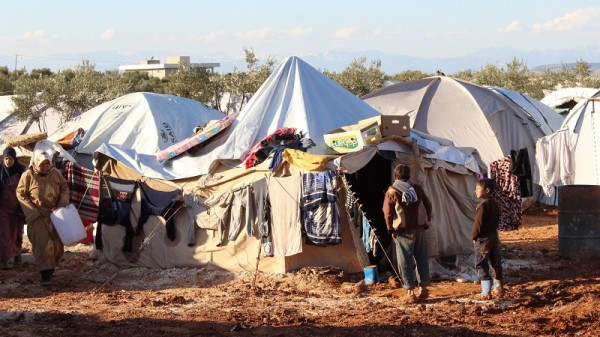 No-one could have predicted in 2008 that seven years later Islamic State militants would be terrorising eastern Syria and destroying ancient shrines.

Nor could they have foreseen how many Syrians would drown in the Mediterranean as they made a desperate bid for Europe.

But as the country entered its third year of drought – a symptom of climate change – the warning signs for conflict were mounting up.

Cases like this are why “climate fragility” should be made a foreign policy priority, according to an in-depth report commissioned by the G7.

UK foreign minister Baroness Anelay picks on Syria as an example of the importance of global warming to her brief.

Speaking at the report’s London launch, she says: “Climate change is not only a threat to the environment but also to our global security, to poverty eradication and economic prosperity.

“That therefore makes it a top priority not only for environment ministers but foreign ministers too.”

Drawing on scientific research, consultations in 10 countries and surveys of policymakers, the report aims to link climate change with humanitarian aid and peacebuilding.

Where the climate community talks about “adaptation” to the effects of a warming world, the buzzwords here are “fragility” and its opposite, “resilience”.

“The G7 has the capacity to be a leading force in setting the global resilience agenda,” says lead author Dan Smith.

At the moment, “we find ourselves in a situation of dealing with successive crises rather than trying to manage the problem”.

It would be wrong to say climate change caused the migration across the Mediterranean, says Smith, who heads up peace charity International Alert. But “you can find a climate thread” in the stories of people leaving their homes.

Receding glaciers could shrink water supplies just as mining, logging and agribusiness are scaling up demand.

Around India’s Cauvery River, the increased risk of failed monsoon rains could bring to a head water disputes dating back to the 19th century.

“The vicious cycle of climate change and fragility… will not be broken by piecemeal reactions to individual crises,” it says.

“Instead, we need to build integrated, responsive systems that are resilient to a broad range of shocks and stresses. It is time for a new approach and new leadership from the highest level.”