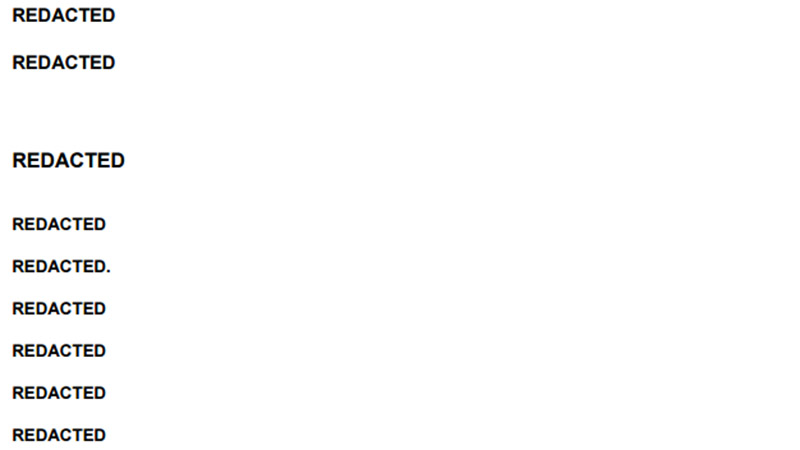 Ministers have been ordered to publish an uncensored version of a document assessing the impact of fracking on local communities.

The Information Commissioner Officer’s decision on Thursday came a week before a local authority delivers an anticipated verdict on an application by energy firm Cuadrilla to frack in Lancashire.

In a ruling dated June 8 but only released today the Commissioner said there was a “strong public interest in understanding any research conducted related to fracking, particularly on impacts that could affect the public.”

Last year the Department for Environment, Food and Rural Affairs (DEFRA) published a redacted version, with 63 chunks of text missing, including on issues like how fracking would affect house prices, rural businesses, and local services.

Greenpeace is urging DEFRA to make the full report available to Lancashire’s councillors before the decision.

The government has vowed to kickstart shale gas extraction to create jobs and lessen Britain’s energy dependency. But critics say it is environmentally destructive and will run counter to the UK’s carbon-cutting obligations.

The UK’s governing Conservative party looks set to go it alone on fracking after the likely leaders of opposition Labour and Liberal Democrats called for drilling for shale gas to be stopped.

The Scottish National party, which holds the third largest number of seats in the London Parliament, announced a moratorium on all fracking applications in January 2015.

Scottish energy minister Fergus Ewing said at the time he wanted to see a national debate on the technique, which involves injecting a mixture of water and chemicals into underground shale formations, which release gas after they are fractured.

In February the Welsh government said it too would impose a moratorium on fracking.

This week Lancashire country council authorised extraction firm Cuadrilla to explore for gas in two sites on the coast, with a final decision expected next week.

The company had to abandon a previous attempt to explore in 2011, after drilling was linked to small earthquake tremors in Blackpool.

A separate plan to frack for oil in the West Sussex village of Balcombe was abandoned in 2013 after sustained protests from villagers and green groups.

In 2012 the Royal Society and Royal Academy of Engineering reported fracking was safe if stringent operating procedures were followed.

“The government’s stubborn refusal to publish this report in full is totally indefensible. By cherry-picking which evidence is released, ministers are misleading both the public and local councillors as to the real impacts of fracking,” said Greenpeace UK campaigner, Daisy Sands.

“Lancashire authorities are about to make a decision that will have huge repercussions for the life of their communities. They should have access to all the evidence, not just the sanitised digest produced by the government,” she added.

A Defra spokesperson said: “The Information Commissioner’s Office informed us of his decision which we will now consider in full.”