May 2015 was the hottest on record, say US govt scientists 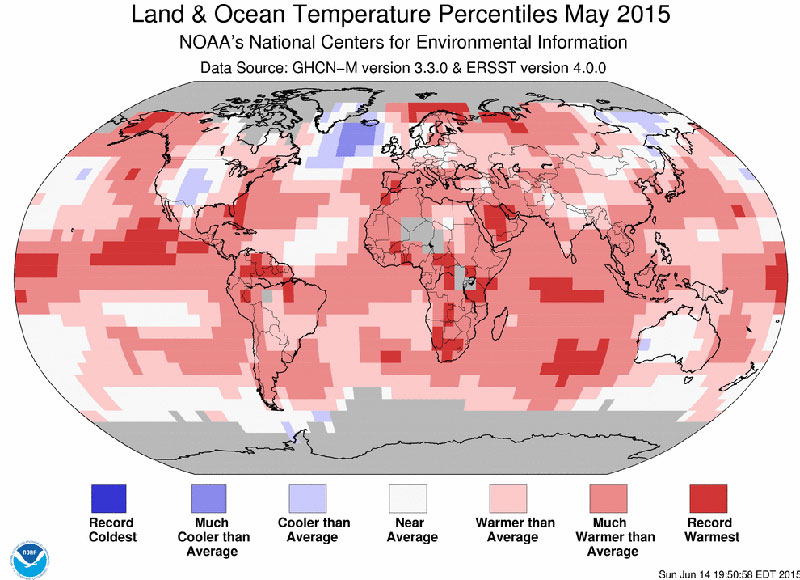 Last month was the hottest May on record since 1880, according to data released by the US National Oceanic and Atmospheric Administration.

It beat the previous record for May which was set 12 months ago, and increases the chances that 2015 could beat 2014 and be the warmest year since records began.

A NOAA statement says the average global temperature across land and ocean surfaces was 0.87C above the 20th century average.

In addition, the first five months of 2015 were the “the warmest such period on record across the world’s land and ocean surfaces” at 0.85C above last century’s average.

If the El Nino phenomenon continues to develop – as scientists believe it will – temperatures will likely rise further as large amounts of heat are released into the atmosphere from the oceans.