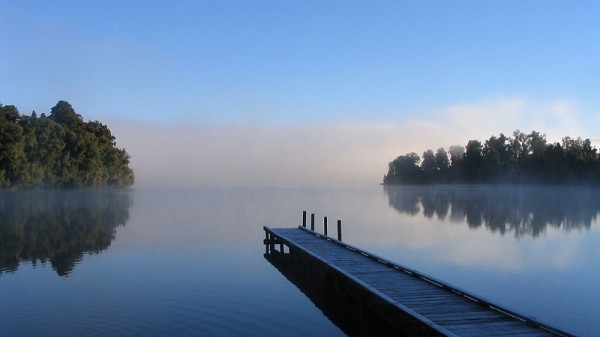 The idea of tapping wind, solar and tidal energy for power is well established.

Now scientists part-funded by the US Department of Energy have found a way to exploit another powerful force of nature: evaporating water.

In lab experiments, researchers at Columbia University have run a toy car and a small flashing lightbulb on currents of moist air.

If scaled up, similar techniques could be used to generate power from turbines over bays or reservoirs, or even propel full-sized cars.

“Evaporation is a fundamental force of nature,” said lead author Ozgur Sahin. “It’s everywhere, and it’s more powerful than other forces like wind and waves.”

The technology works using bacterial spores, which swell up in humid air and shrink as it dries out. This movement can be harnessed to create a piston effect or spin a wheel.

To make a piston-driven engine, spores are glued in alternating dashed lines on either side of a flexible plastic tape.

In dry air, the spores shrink, making the tape curve and shorten. In moist air, they expand, releasing the tension.

With several of these tapes anchored at each end, the researchers created a sort of artificial muscle. They put it in a plastic case, with shutters to regulate the humidity.

“When we placed water beneath the device, it suddenly came to life, moving on its own,” said Xi Chen, co-author of the study.

The device was hooked up to a generator, which produced enough electricity to make a small light flash.

Chen claimed a larger scale version could generate more power than a wind farm over the same area. 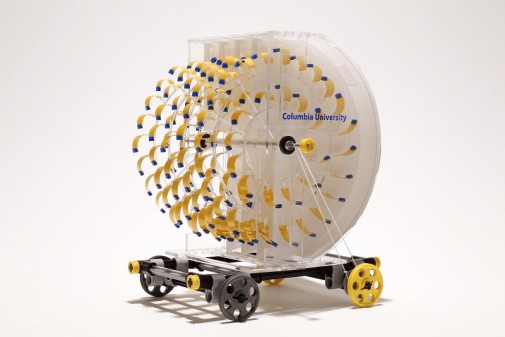 The other application – dubbed the “moisture mill” – is a wheel with several tabs sticking out, each covered on one side with spores.

This is positioned with one side in humid air and the other in drier conditions. The tabs curve in dry air and straighten on contact with moisture, driving the wheel round.

Sahin’s team used this to drive a toy car. It may be possible to design engines run on this principle for full-sized vehicles, they suggested, that would need no other fuel.

Or the mill could be another way to generate electricity, with turbines positioned above bodies of water.