Destruction of nature is a “crime” says Pontiff in leaked draft of encyclical; official version due out on Thursday 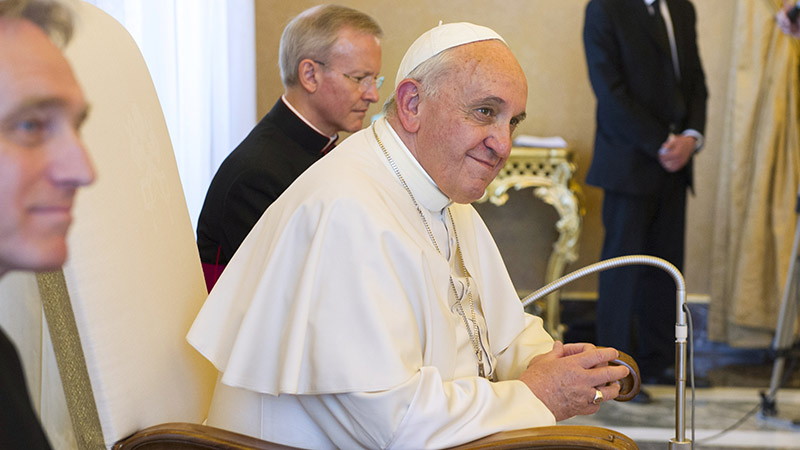 Climate change is real, humans are causing it and we all need to radically change our lifestyles and consumption habits to save the planet.

That’s the essence of an uncompromising message from Pope Francis in his papal encyclical on the environment, a draft of which was leaked today by the Italian magazine L’Espresso.

“A crime against nature is a crime against ourselves,” the Pope writes, calling for a new supra-national body to tackle pollution and poverty.

“Humanity is called to take note of the need for changes in lifestyle and changes in methods of production and consumption to combat this warming, or at least the human causes that produce and accentuate it,” he says.

Labelling the greenhouse gas emissions blamed for climate change a form of “pollution”, the draft, which runs beyond 120 pages, stresses the science behind global warming is now clear.

It cites “numerous scientific studies” which blame warming temperatures on the “intensive use of fossil fuels”, creating a “vicious cycle” that leaves the poor most at risk.

And in what appears to be a pointed reference to climate sceptics, many of whom have criticised his intervention in this debate, the draft calls on those blocking a solution to stand aside.

“The attitudes that stand in the way of a solution, even among believers, range from negation of the problem, to indifference, to convenient resignation or blind faith in technical solutions.”

In addition to climate change the encyclical also touches on the overuse of fertilisers, fungicides, the acidification of soil and water, as well as access to clean drinking water.

“This world owes a serious social debt to the poor,” it says.

The leak was branded “heinous” by a Vatican spokesperson, coming three days before the official launch at a press conference in Rome.

Up to this point its production had been carefully stage managed. Earlier this year the Pope visited the Philippines, which has been badly hit by tropical storms, and the Vatican had hosted a series of scientific and political conferences on the issue.