Negotiators need to step into “higher gear” in whittling down global climate treaty in embryo, or face failure in Paris 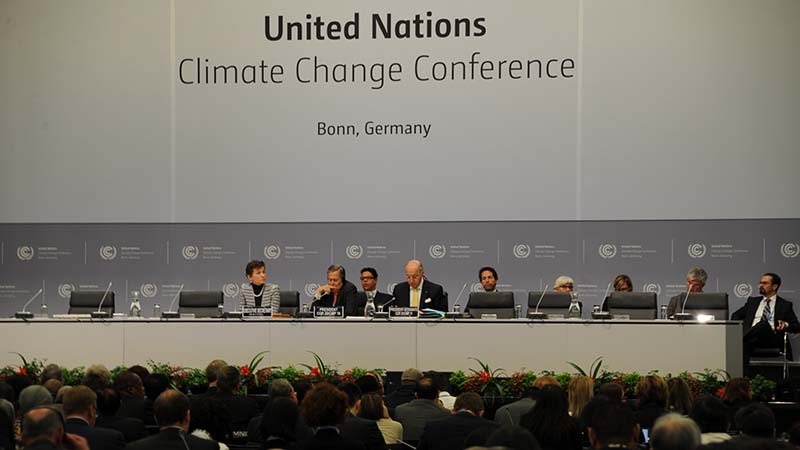 Progress was glacial at UN climate talks in Bonn as delegates tarried in slimming down a draft global warming treaty to be adopted in Paris in December.

“We are deeply concerned at the slow pace,” said the Maldivian official leading the 44-country bloc threatened by rising sea levels.

Over 190 nations are haggling over the content of a climate pact, committing all countries to cut greenhouse gas emissions from 2020.

As the summit opened, French foreign minister and chair of the December summit, Laurent Fabius sought to breathe life into talks by urging a ‘pre-agreement’ by October, with Paris “adding the finishing touches”.

But slow progress could dash chances of a swift deal. France has said it may intervene with its own text to strike a deal at the crunch summit if negotiations stall.

Delegates are expected to move forward on three main areas throughout the two-week conference.

Those are establishing regular intervals binding nations to deeper carbon cuts; a goal to reduce emissions to ‘net zero’ in the next half of the century; and deciding who pays what into a $100 billion a year climate fund for poor countries vulnerable to climate impacts.

“Negotiators are going to need to get much further along before they reach Paris, so they can present those critical questions to leaders,” said David Waskow from the World Resources Institute.

He said declarations at the G7 summit, gathering leading industrialised nations in Germany this weekend, could spur the talks.

Officials had cleared some of the “low hanging fruit”, making minor changes like cutting out duplicated areas of text, said Abdulla.

He expected a shorter version of 50-60 pages at the end of the two-week conference. 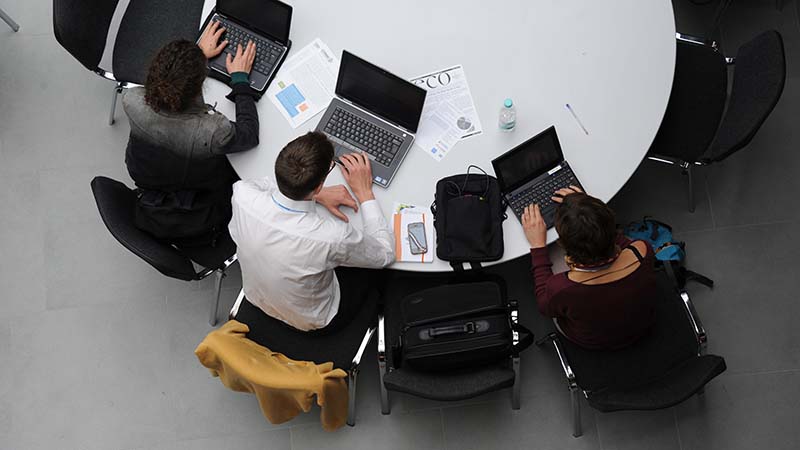 Delegates work away at the conference (photo: UN)

Though it wasn’t a case of making the text shorter, but stronger, said Lou Leonard at WWF-US in a statement.

“Right now you have almost every option you could want in the text. Parties need to focus on maintaining the elements that would trigger the most ambition,” she said.

But analysts say they won’t be collectively adequate to prevent temperatures rising over 2C by 2100 since the Industrial Revolution.

For that reason countries like the EU call for countries to be bound to deeper cuts after certain intervals.

The world needs to cease the burning of fossil fuels between 2055-2070 to stay within 2C according to scientists.

And countries’ interrogation of each other is key to ensuring a robust pact.

The US, Brazil and China voiced doubts over Australia’s commitment to slash emissions by 5% by 2020 on 2000 levels. Canada was taken to task over tar sands emissions causing it to miss targets.

Q: US asks Canada will you actually regulate tar sands emissions since you estimate that pollution from that source will double #UNFCCC

While Japan was awarded the ‘Fossil of the Day award’, an accolade critical of its climate action by campaigners, for its ‘weak’ INDC announced by PM Shinzo Abe this week.

Six more days remain in the Bonn talks. Delegates will gather again in September and October, some 20 days to refine the text before the crunch Paris summit starts.

“The engine is rumbling and in gear,” David Waskow said, “but they have to get it a couple of gears higher.”