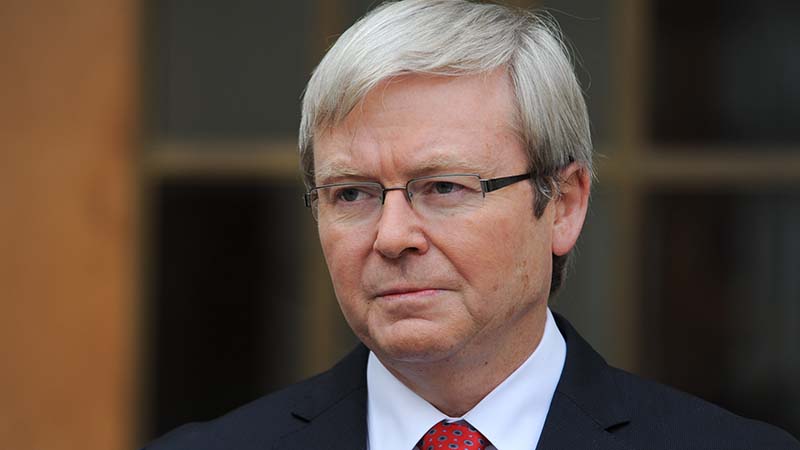 It’s up to groups of major emitters like the G20 to drive the pact, the now president of the Asia Society Policy Institute said at a London conference on Tuesday.

“When I ask a question about what is binding about the proposed agreement in Paris, the answer is a definitive no,” Rudd, who was prime minister from 2007-10 and in 2013 said.

“It is high time we use other highly selective mechanisms to broker the final deal, because those [G20] countries that are the principal emitters have our collective fate in their hands.”

A solid agreement needs a price on carbon, a regular review mechanism of country’s carbon cutting pledges, and the means to ratchet up cuts at set time intervals, he said.

Rudd, who met criticism for the failure of the Copenhagen climate summit in 2009, said the UN had lost authority to solve global issues, and risked being seen as a “global NGO”.

After ratifying the Kyoto treaty on entering office into 2007, he proposed an unsuccessful cap-and-trade system as part of Australia’s tackling of climate change.

Under Abbott, Australia’s climate agenda has gone retrograde through boosts to the fossil fuel industries.

And since his views haven’t dimmed.

In an op-ed in the New York Times last month, Rudd said the Paris conference was the “next opportunity for leaders of the world’s biggest economies to show real leadership in the slow-motion drama that is anthropogenic climate change.”