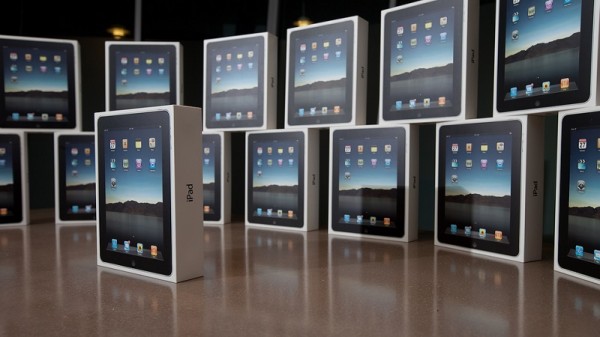 Apple is extending its 100% renewable energy goal to its Chinese factories, the technology giant announced this week.

Its data centres are already fully powered by wind, solar and other clean sources, according to its last environmental responsibility report. Retail stores and corporate offices are following.

Now the world’s second highest earning company is aiming to clean up the sector responsible for two thirds of its carbon footprint: manufacturing.

It has launched its first solar project in the Asian country last month; two 20MW arrays in Sichuan province.

“We’ve set an example by greening our data centers, retail stores and corporate offices, and we’re ready to start leading the way toward reducing carbon emissions from manufacturing,” said Tim Cook, Apple’s CEO, in a statement.

“This won’t happen overnight — in fact it will take years — but it’s important work that has to happen.”

The maker of iPads, iPhones and Apple Watches has also teamed up with WWF to expand sustainable forestry in China.

It will protect up to 1 million hectares of “responsibly managed” forests in the country to supply its paper and cardboard packaging.

“Apple’s support for this project and its environmental leadership show that protecting forests is not just good for society but important for business,” said Lo Sze Ping, CEO of WWF China.

“This collaboration between our two organizations will seek to reduce China’s ecological footprint by helping produce more wood from responsibly managed forests within its own borders.”