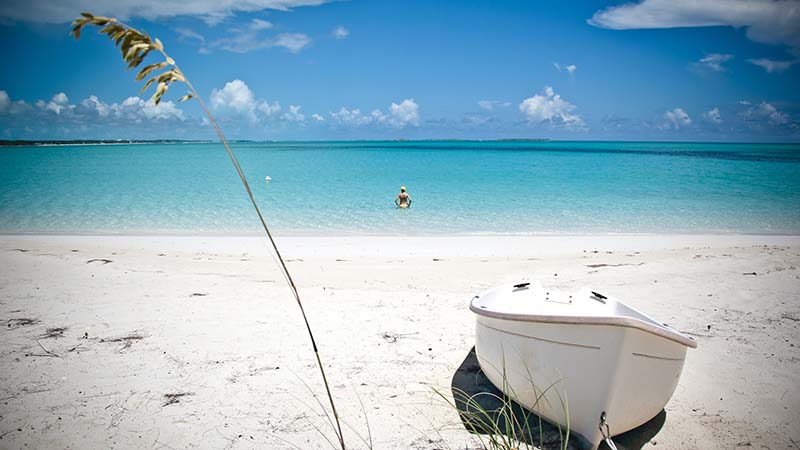 View from the Bahamas, where half of the low-lying archipelago’s islands could vanish (Flickr / Leonora Giovanazzi)

Francois Hollande told the world’s richest nations to aid the most vulnerable at a Caribbean climate summit on Saturday, as he geared up to host one of his own later this year.

Countries are falling short in delivering pledged finance to the Green Climate Fund, which aims to help poor nations respond to climate change. Officials expect to have half of a promised $10 billion flowing to green projects by the December UN summit in Paris.

The Caribbean and its tourism-dependent economy, braced for rising sea levels and extreme weather, looks to be at the receiving end.

“If there is nothing in terms of finance for countries that are the most vulnerable and the poorest, they won’t follow you,” Hollande said.

The president’s clout amplifies the voice of the Caribbean Community countries, who produced the Declaration of Fort de France at the one-day conference’s conclusion.

Set to be presented at the Paris conference, it echoes calls for global temperatures to be held down to a 2C rise on pre-industrial levels, as well as funds for development in the region, which accounts for just 0.3% of global greenhouse gas emissions.

“We… are among the smallest of the small, and despite our negligible contribution to global greenhouse gas emissions, are on the front lines as the most vulnerable to the impacts of climate,” said Roosevelt Skerrit, prime minister of the Commonwealth of Dominica.

Martinique regional president Serge Letchimy began the conference with a stark message, warning that “half of the islands in the Bahamas could vanish due to rising sea levels”.

Hollande, on a five-day tour of the region, said climate change was costing Caribbean countries $600 billion a year, AP reported.