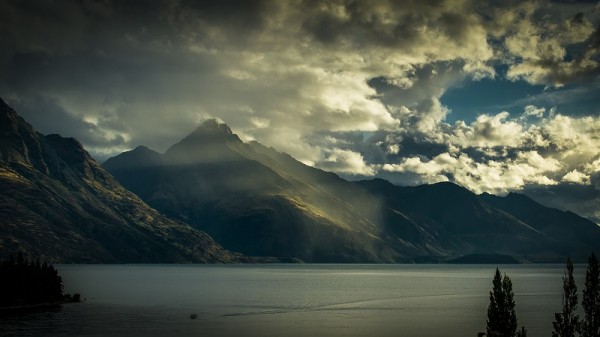 New Zealand is eyeing up international carbon markets to meet any climate commitments, the government revealed in a consultation this week.

Slammed by Greens as “seriously flawed”, the document emphasised the costs of cutting greenhouse emissions at home.

“While we are committed to doing our fair share and taking responsibility for our emissions we face particular challenges, and setting an emissions reduction target will not be easy,” climate change minister Tim Groser wrote in the foreword.

The average New Zealander emits 17 tonnes of greenhouse gases a year, compared to a world average of 8 tonnes.

Unusually for a developed country, half of New Zealand’s emissions are from agriculture, described as “our hardest problem to address”.

Forests planted since 1990 have helped offset its emissions said the government, but much of this is expected to be harvested in the next 15 years, meaning it will lose a significant carbon sink.

With 80% of electricity already generated by renewables, the report said there was “less room to reduce emissions in this area” than for other countries.

It did identify opportunities to develop electric vehicles and biofuels; important for a sparsely populated country with high use of road transport.

But ultimately it said “we are likely to need international carbon market access to help meet our target”. 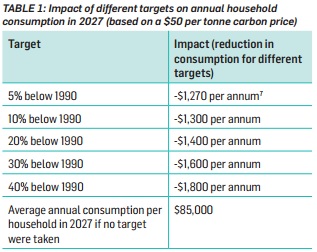 In the most controversial section, the government estimated the cost to households of emissions cuts between 5 and 40% by 2030 from a 1990 baseline.

The focus on costs drew fierce criticism from Russel Norman, Green MP, who described the document as “unbalanced and inaccurate”.

“The government is trying to make New Zealand pledging a decent target look expensive to suit its political goal of doing nothing.

“The government has written a consultation document to suit its head-in-the-sand approach to protecting our economy and environment from the threat of climate change.”

Lots of waffle about the costs of #climate action. Nothing about the (much higher) costs of inaction. http://t.co/4F7ybYt3E2

The Green Party is urging New Zealand to “at least” match the EU target of a 40% emissions cut by 2030.

It shows moving to a low carbon economy is “a major economic opportunity,” Norman said, while government “continues with its twentieth century mindset of seeing emission reductions as a cost”.

The consultation will inform New Zealand’s draft national target it expects to submit to the UN “towards the middle of this year”.

Together with other national plans, it will form the basis of a global climate deal countries hope to agree in Paris this December.

The consultation indicates New Zealand will promote a role for carbon markets in the international agreement.

New Zealand is largely relying on its emissions trading system to meet its existing goal of a 5% carbon cut by 2020.

With emitters able to meet their obligations with cheap UN offsets, the carbon price has fallen to less than 5 cents a tonne.

Advocates argue that links between the growing number of national and regional carbon markets can drive down the cost of climate action.

But some countries are strongly opposed to any move that dilutes national responsibility and accountability for emissions cuts.