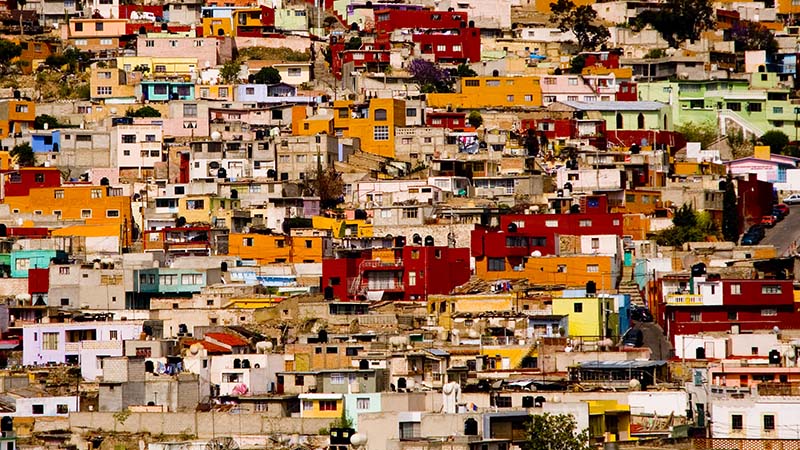 The hillsides of Xochimilco, the third largest of the capital’s 16 delegaciones or boroughs, are a melee of densely packed dwellings stacked high by successive waves of migrants.

But in staking out their patch in the valley mega-city, some residents live in the path of floods and mudslides.

That risk is set to amplify as global warming pummels the country harder each decade.

In an unprecedented move, the government has drawn up a strategy to clear slums at risk of climate change-induced natural disasters.

As part of its contribution to a UN global climate pact, the world’s 13th largest emitter of greenhouse gases in March outlined its climate change adaptation strategy until 2030.

It aims to guarantee food and water security for its 122 million citizens, as well as halve the number of municipalities classed as “most vulnerable” to climate impacts through the prism of human rights and gender.

But one line of the document, namely action number 9 for adaptation in the “social sector”, is causing concern.

“Relocate irregular human settlements in zones prone to disasters through land use regulations,” it reads.

As far as she knows, it is the first time climate change has been used to justify such a policy.

“I think it is a dangerous thing to put in there,” she tells RTCC. “It’s clear it is needed but you cannot use human rights and the protection of people in the face of climate change to enforce zoning regulations.”

If the issue is vulnerability to climate change, she asks, why is it only “irregular” settlements that have to move?

Seven in ten Mexicans live in urban areas, a trend that has surged since the 1960s as cities absorbed job seekers and the displaced.

Nowhere is that clearer than in the capital, where settlements have sprung up to devour the unclaimed countryside. 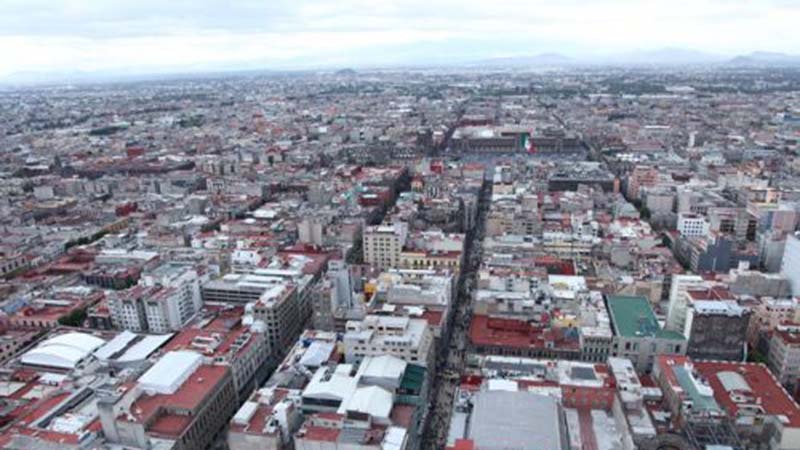 A fourth of its estimated 22 million population live in unauthorised housing on “conservation land”, according to the city’s environment watchdog PAOT.

Xochimilco in turn holds 300 of the city’s 835 unauthorised slums, with nearly 80% of the borough sitting on an ecological reserve.

That puts it in the line of waterways supplying the city, while urban transformation has led to soil erosion encouraging landslides. Add that to seismic activity in the zone, and the picture darkens.

Amparo Martinez, a senior official who drafted the adaptation plans tells RTCC 250,000 unauthorised households sprung up between 2000 and 2007, a mark of the city’s expansion.

“Although Mexico isn’t a big emitter, it does have a geographical situation marked by vulnerability. We have to strengthen the high reservoirs so we don’t have landslides,” says the director general at the National Institute of Ecology and Climate Change (INECC).

“We at INECC are planning the scientific and technical process to strengthen capacity and lower their vulnerability.”

Mexico’s urban pollution is set to soar from 80 million in 2010 to 103 million in 2030, Martinez adds. Growing demand for water has led to over-extraction of groundwater, causing the city to sink and putting strain on the valley’s drainage system. That widens the risk.

Luis Herrera, a Mexican urban planner at the United Nations Human Settlements Program, says relocation is an “incredibly sensitive and complicated issue”. He prefers to talk about “improvements” than “clearances”.

Though access to running water and sewerage systems has soared lowering the amount of unauthorised slums, Herrera says. Plus communication between communities and the state is better now, in the case of relocations.

“It’s a new idea which hasn’t entered the culture,” he says of moves to treat such projects as climate adaptation, adding: “I’m not suspicious.”

Mexico has suffered increasingly frequent tropical cyclones, floods and droughts in the last 50 years, according to its “intended nationally determined contribution” (INDC). Such extreme weather events cost the country an annual $1.4 billion between 2000 and 2012.

Its INDC submission made it the first developing country to volunteer emissions goals towards an international deal.

Observers hailed the plan as ambitious, with its target to peak emissions in 2026 and cut heat-trapping gases 25% in 2030 compared to its current trajectory.

“It really blazes the path for others – developed and developing – if Mexico can do this so can other major economies like Japan and Brazil,” said Jennifer Morgan at the World Resources Institute.

Still, its plans are just a statement of intentions.

Joel Audefroy, a sociologist at the National Polytechnic Institute in Mexico City says the government lacks the funds or political will to successfully uproot settlements.

“People won’t want to change their places despite it being in crisis. They have their work, their livelihoods,” Audefroy adds.

Andrea Rodriguez, a lawyer at AIDA Americas, is suspicious of the plans, citing the state’s precedents in shifting communities aside to build wind farms or dams for hydroelectric power.

Despite being signatory to international treaties enshrining citizens’ right to housing, the state had failed to carry out prior consultations with indigenous groups before appropriating land in certain cases, she said.

“The dilemma from a legal point is up to what degree you can use climate change as a national exercise to give permission to move people,” Rodriguez says.

That remains to be seen as officials flesh out the policy to take effect from 2020.

“All will be given better conditions and better opportunities,” says policymaker Martinez.

“There’s a lot of mistrust at the root of this, but with the strengthening of institutions and organising by the populations themselves to find alternatives, the problems can be resolved.”