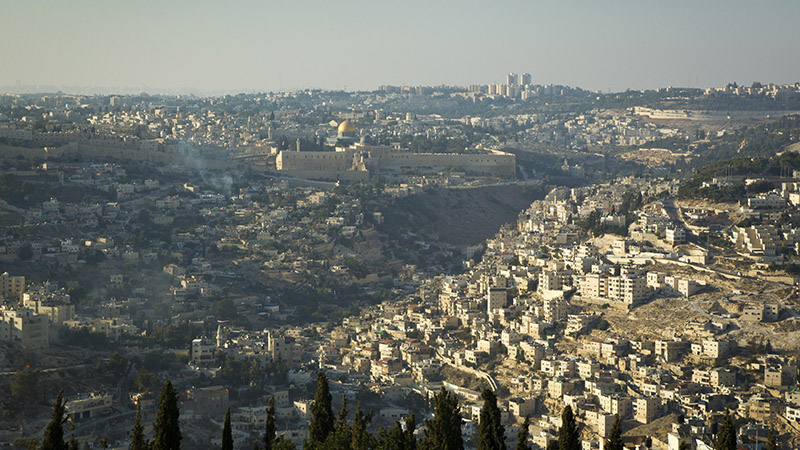 Few conflicts generate as much heat and rage as the ongoing tussle between Israel and Palestine.

Peace appears as far away as ever, after the recent collapse of US-led talks, and the 2014 Gaza war.

The two nations face an added, unseen and growing threat – that could heighten tensions yet further.

Rising global temperatures are likely to make drought in the region more common, a UN panel of scientists reported in 2014.

For Nedal Katbeh-Bader, the Palestinian government’s climate change advisor and representative at UN talks, it’s a bleak prospect in an already tough environment.

“Taking into account the political situation, Israeli control, this will exacerbate the situation and make it much more severe,” he tells RTCC, hinting at the potential for further conflict.

“What we are expecting will be challenging for both sides,” he adds.

It’s one of those rare issues where Israeli officials agree with their Palestinian counterparts.

“There are many difficult issues to solve, but I believe that environment is one thing we all agree on,” former environmental protection chief Amir Peretz told a UN summit on climate in New York last September.

“Let us begin with environment and climate change as a bridge to peace between Israel and the Palestinians.”

A nascent Palestinian state would likely be hit from all sides should climate impacts worsen.

Gaza, a tiny enclave bordering Egypt, Israel and the Mediterranean, would have to cope with rising sea levels, says Katbeh-Bader.

In the West Bank, shifting rainfall patterns and desertification could undermine rural livelihoods, drive migration to urban areas and increase competition for water.

He says the effects of recent droughts in Lebanon and Syria leave him nervous for the future.

What makes the situation harder for Katbeh-Bader and those planning how Palestine will cope with changing weather patterns is their complex relationship with their neighbours.

The vast majority of the West Bank’s groundwater is extracted by Israel, and sold back to the Palestinians.

“If we have full control it would be a good situation,” says Katbeh-Bader, who argues his people are restricted to a fifth of the WHO’s recommended 150 litres a day.

Israel is unlikely to hand over control of regional water resources, most experts agree, but it’s a central issue in ongoing peace talks.

A 2009 report sponsored by the Danish government suggested a scrap for water resources could “complicate the negotiation of new peace agreements and could be a factor in national instability.”

It cited analysis suggesting Jordan River levels – already falling due to heavy use – could drop 80% by 2100 under “moderate” temperature increases.

“As populations and demand for food grow, this could further increase domestic pressure [on the] Palestinian Authority to secure the return of occupied lands and shift the strategic calculations in Israel on whether to withdraw from these areas,” it added.

Then there’s electricity, 90% of which is produced in Israel. The only Palestinian power plant is in Gaza, which runs at half its capacity.

In February tensions were raised when Israel’s state-owned power company temporarily cut power to Nablus and Jenin in response to what it said was $492 million owed.

But a green power shift offers the potential for regional cooperation on an unprecedented scale, according to Israeli entrepreneur Yosef Abramowitz.

Radiation from the sun in Palestine is twice as strong as Germany, one of the planet’s largest solar users, and the Palestinian Solar Initiative has a goal of generating 10% of electricity from clean sources by 2020. 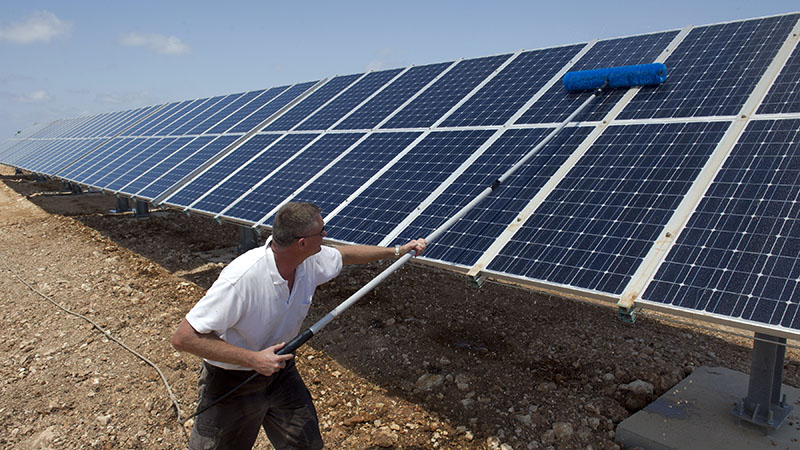 “At best there have been occasional symbolic pilot programs here and there, like a Japanese-funded trial of 300 kilowatts in Jericho that ended up taking five years to complete and costing many times what it should have,” he said.

“Through my work in solar, we have already identified the $2 billion needed to invest in West Bank solar projects, from the US government, pension funds and the international community.”

Currently micro power plants running on diesel operate across the territories offering backup power, but these are expensive compared to grid power and rely on fuel from Israel and Jordan.

More ambitious plans to drill for gas off the Gaza coast and in the West Bank require Israeli approval and have yet to receive funding.

“There is huge potential but under the negotiations with Israel, it’s not easy,” Katbeh-Bader says. Like the peace process, progress on delivering adequate power has stalled.

All this points to why an upcoming global climate change pact, set to be finalised in Paris this December, could be crucial for Palestine.

It has the potential to offer new streams of financial support for clean energy in the region, and potentially slow the oncoming effects of global warming.

That at least is what Katbeh-Bader is hoping for. But he faces an additional problem – because it’s not recognised internationally as a state, Palestine is not a party to talks at the UN’s climate convention.

It’s just an observer, and this means it cannot yet participate fully in the talks. Instead envoys watch on from the sidelines and channel concerns through colleagues in the Arab Group and G77.

It’s a situation he describes as “unfair”, but one that could change this year. 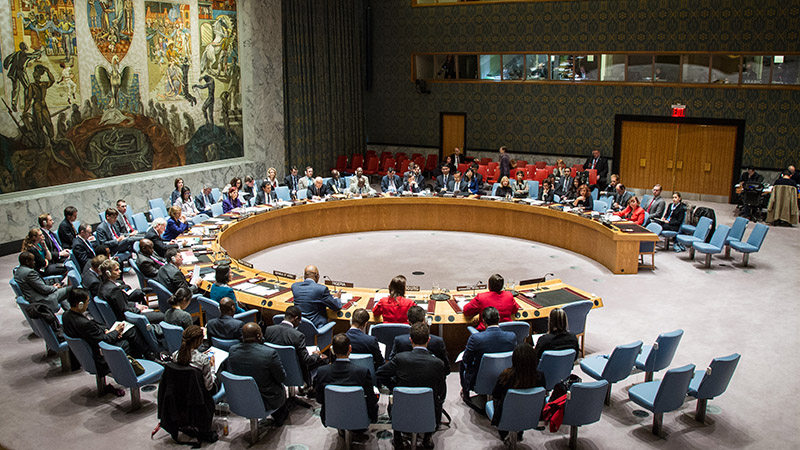 In July 2014 the UN informed Katbeh-Bader that Palestine had the right to become a full member of the UN’s climate body should it apply.

The decision is politically sensitive and depends on president Mahmoud Abbas.

When Palestine joined UNESCO in 2011 the US suspended funding for the Paris-based body, which accounted for a fifth of its budget.

Laws passed by Congress in the 1990s mean Washington must stop funding any organisation that admits Palestinians as full members.

In retaliation, UNESCO cut the US’ voting rights at the end of 2013.

A similar move ahead of the upcoming Paris climate summit looks unlikely, as it would place the US in an invidious position and risk the meeting’s success.

Yossi Mekelberg, a regional expert at the Chatham House thinktank, says the Palestinian leadership are likely considering joining any UN agency that will accept them.

But against that they need to weigh up how much it would annoy President Obama, he adds, and whether it would win or lose global support.

Katbeh-Bader is lobbying the Palestinan leadership to make a stand. He feels it’s important his people have a voice at the table in Paris, given how its outcomes will affect their future.

“It’s an injustice that we are heavily affected by climate change, water security food security, and we have plans, strategies but we are unable to implement these,” he says.

“We are trying to figure out and coordinate – and send message to the hosts. We are suffering – we are not able to fund the agreement – how can you help us?

“We don’t want to make a conflict with the convention but we are requesting…we need some help in that regard.”