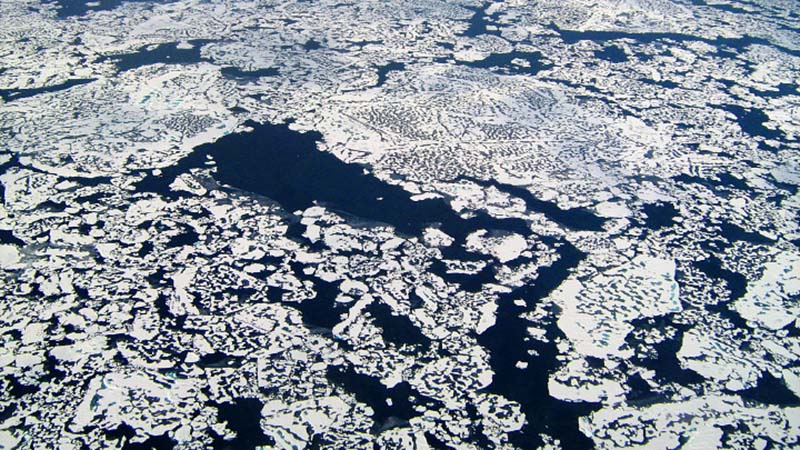 As the US began its two-year stewardship of a pan-Arctic forum in Canada today, campaigners handed foreign ministers framed copies of a text urging environmental conservation.

Signed by almost 2,000 influential figures, the Greenpeace-led International Declaration on the Future of the Arctic made 10 demands, including a moratorium on oil drilling, making polar waters a sanctuary, and safeguarding the rights of indigenous peoples.

Those calling to save the Arctic, which is warming twice as fast as the global average, included Archbishop Desmond Tutu, Canadian author Margaret Atwood and British businessman Richard Branson.

“The support for Arctic protection from people across the world is a call to leaders to take action because we know that a healthy Arctic is vital to the people living in the region and to the rest of the world,” said Greenpeace USA Arctic campaigner, Mary Sweeters.

2000 public figures have signed the Arctic Declaration, THANKS TO YOU! http://t.co/ZURQ02brLr #SaveTheArctic pic.twitter.com/7uoBPd6EN3

As part of the declaration’s delivery British actor Emma Thompson wrote an open letter to US Arctic envoy, Admiral Robert Papp, calling for conservation to be at the fore of the US chairmanship.

“Protecting the Arctic from oil drilling goes hand in hand with protecting the world with the worst impacts of climate change. It would be utter hypocrisy to veto the carbon-intensive KXL (Keystone XL) pipeline whilst on the other hand opening the Arctic to drilling,” Thompson said.

Last year Thompson sent Australia leader Tony Abbott, known for his hostility to climate action, a critical message on a visit to Svalbard’s Smeerenburg glacier in Norway. “Tony Abbott Climate change is real I’m standing on it!” the card said.

Papp has said the US would use the “bully pulpit of the Arctic Council” to secure better Arctic science on short-lived pollutants like methane, and black carbon, which may be behind 30% of the region’s warming.

Formed in 1996 to track changing climatic conditions, the Arctic Council comprises Canada, Denmark, Finland, Iceland, Norway, Russia, Sweden and the US – along with indigenous groups and observer states like China.

A study published in Nature last year found that Arctic sea ice had receded by 8% each decade over the past 30 years, melted by climbing temperatures.

John Kerry is expected to elevate curbs on black carbon pollution and boosts Arctic climate science up the agenda at the two-day forum.