Canadian glaciers could start to disappear by 2040 – scientists 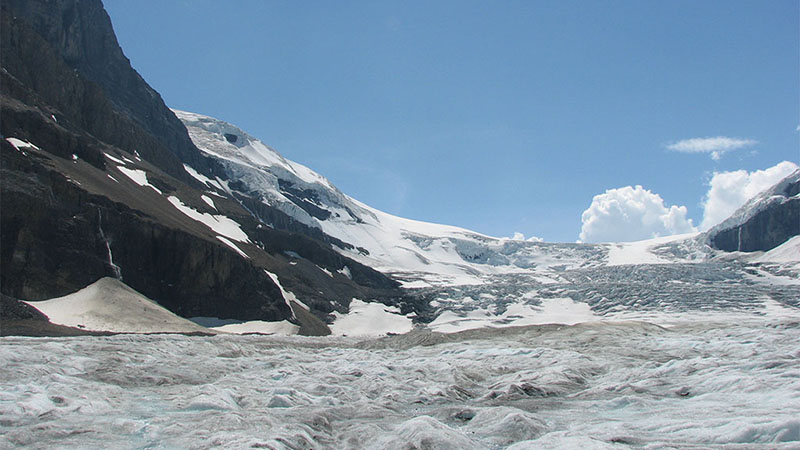 As the world warms, many of the great frozen rivers of Canada will not just retreat, but could vanish altogether.

New research suggests that maritime glaciers in the far northwest might survive, but more than two-thirds of Canada’s existing glaciers in British Columbia and Alberta could be lost altogether by 2100.

Garry Clarke, a glaciologist at the University of British Columbia in Vancouver, says: “Soon our mountains could look like those in Colorado or California, and you don’t see much ice in those landscapes.”

The consequences for the forests, grasslands, animals and communities that depend on glacial meltwater could be serious. The disappearance of the glaciers will also create problems for Canada’s hydroelectric industry, for agriculture and grazing, for the mining industry, for the salmon fishery, and for tourism.

Professor Clarke and his colleagues report in Nature Geoscience that they devised a model – a high-resolution computer simulation – of the glaciers of western Canada that explicitly mimicked glacial flow. Then they tested it with a range of scenarios for climate change, driven by human combustion of fossil fuels and rising atmospheric carbon dioxide levels in the last two centuries.

There are more than 17,000 glaciers in British Columbia and Alberta, covering more than 26,000 square kilometres of the two provinces, and holding an estimated 2,980 cubic kilometres of ice. This puts western Canada as more glaciated than the Himalayas (which have less than 23,000 sq kms of glacier): the entire continent of South America has only 31,000 sq kms of glacier.

The researchers found that maritime glaciers in the northwest would endure, in a diminished state. But overall, the volume of the glaciers in western Canada would shrink by 70%, give or take 10%.

Right now glaciers, most of them between 100 and 200 metres thick, are thinning at a rate of about a metre a year. The peak flow of meltwater would most likely occur between 2020 and 2040. Thereafter, the rivers would be in decline.

Potential sea level rise as a consequence of this, the scientists say, would be “modest” at around 6mm, but the consequences for that part of Canada would be substantial.

The Columbia River, which flows from the interior to the Pacific coast of Washington and Oregon, yields the largest hydroelectric production of any river in North America. And the impact on freshwater ecosystems could be considerable.

“These glaciers act as a thermostat for freshwater systems,” said Professor Clarke. “Once the glaciers are gone, the streams will be a lot warmer and this will hugely change freshwater habitat. We could see some unpleasant surprises in terms of salmon productivity.”