UK government Green Bank to invest in Africa and India 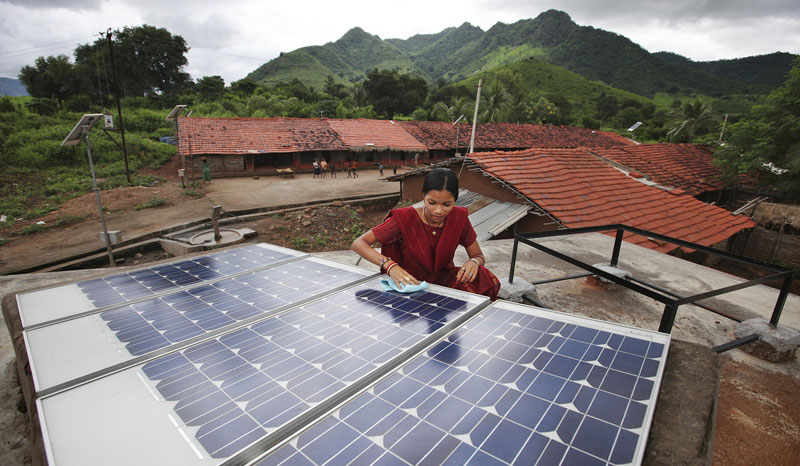 The UK’s Green Investment Bank is set to expand its reach overseas after the government gave it £200 million to back clean energy projects in Africa and India.

Energy and climate change secretary Ed Davey revealed the bank will set up a dedicated team to work on projects using public and private sector funding.

“It has been successful domestically and we think it can be successful globally,” he said.

“It’s a pilot – a joint venture with the GIB. They’ll bring in private players – the £200 million isn’t just public but more private money.”

The GIB was set up in 2012 with £3.8 billion of public funds to leverage clean energy investment within the UK.

Analysis: What next for the Green Climate Fund?

The GIB team is set to work closely with the UN’s new Green Climate Fund, which received US$10 billion of pledges from donor countries at the end of 2014.

Board level talks on how the GCF will work are taking place at its headquarters in South Korea this week, with some observers expressing frustration at how long it is taking to become operational.

The GCF is seen as a critical piece of a proposed UN climate change deal to limit warming to safe levels, which is due to be agreed in Paris this December.

Davey dismissed a news report from the meeting suggesting some donor countries were reneging on their pledges, and insisted the UK would meet its target of disbursing £720 million by 2016.

“I see no reason why our money won’t flow through. The money is there – it’s not like we have to find it out the back of the sofa,” he said.

“We make these commitments – we honour them.  The issue is – we have always said – that we give the money gradually.

“We won’t give it as one big cheque because we want to make sure the money is properly used and that’s absolutely as you would expect.”

An independent observer at the meeting said they expected 50% of pledges would be delivered by an official cut-off point of April 30.