Majority of country’s crops and seed stores have been wiped out says UN, calling for support to rebuild shattered islands 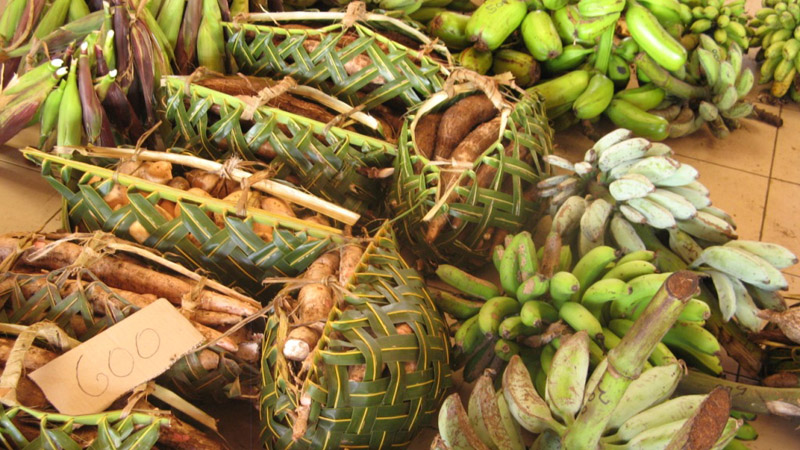 Crops and livestock that Vanuatu’s citizens rely on for their livelihoods have been almost entirely wiped out by Cyclone Pam, which hit the South Pacific island nation last weekend.

A government assessment sent to the UN’s Food and Agriculture Organisation reports that the banana crop has been “almost entirely destroyed” as have coconut, cabbage and leaf vegetable crops.

“Root crops, which are an important local food source, have been uprooted and flooded in most areas, while the majority of fruit trees have been stripped and chickens and pigs have been killed,” says the FAO.

Small-scale agriculture provides a living for over 60% of the population. Fishing and tourism are the other main sources of income.

“The initial assessments also indicate destruction of fishing boats and gear,” the FAO says, warning these losses will make it much harder for Vanuatu to rebuild its economy.

Scientists warn that “large increases in damage” from tropical cyclones are likely over time, as greenhouse gas emissions warm the planet.

Existing seed and food stores were wiped out in the storm, with wind speeds of up to 300 kilometres an hour battering the tiny islands in one of the most destructive storms to ever hit the region.

With most of the household stocks and garden production lost, farmers will be without locally produced food until at least mid-June when the first harvest from replanted fast-growing food crops could be available, the FAO said.

Many water pipes were also destroyed, with the BBC reporting some islanders had resorted to drinking sea water.

The government says it needs at least US$2 million in aid to allow it to buy and ship supplies to remote islands.

A huge aid operation is already underway, with the US, UK, India and Australia among those sending ships and planes, but the UN Office for the Coordination of Humanitarian Affairs says many people remain unaccounted for.

Better adaptation plans against extreme weather will be needed in the future, with the islands like to face more extreme events, FAO director-general José Graziano da Silva in a statement.

The FAO would offer long term “emergency agricultural assistance,” he said. An estimated 99% of Vanuatu’s outer-island citizens rely on agriculture for food and their livelihoods.

Floods, droughts and tropical storms account for 25% of damage to the agricultural sector, a separate FAO study said this week.

The impacts are especially severe on countries where more than 60% of the labour force is employed in farming, such as Burkina Faso, Ethiopia, Kenya, Madagascar, Mali, Tanzania, Uganda and Zambia.