The nuclear industry is getting very enthusiastic about small factory-built reactors, which could help its flagging prospects 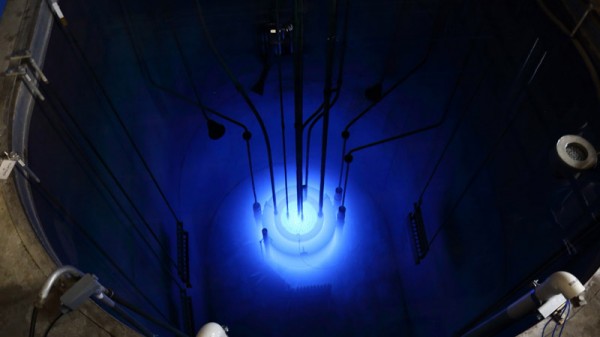 A research reactor at Reed College, US (Pic: Flickr/Don McCullough)

Nuclear plants have been getting larger and larger since they were first built 60 years ago, but now the industry, with US government backing, believes that small factory-built reactors will provide a new market.

Small modular reactors, known as SMRs, are not much different from the nuclear power plants that successfully power submarines and icebreakers. They do not need to be attached to the grid and can be scaled up and down in size depending on the power output needed.

The idea is that multiple plants could be built if required. The plan contrasts sharply with the existing power plants being built in Europe, America, China and India. These tend to have an output of more than 1,000 megawatts (MW) apiece, the equivalent of a large coal-fired plant.

The largest of all are the European Pressurised Reactors that are currently under construction in Finland and France, each with a design output of 1,600 MW. The UK hopes to build two EPRs on one site near Bristol in the West of England to provide 7% of the country’s electricity.

However, delays to the plants in Finland and France, now totalling years, with cost overruns in billions that have already doubled the price of construction, have cast doubt on whether anyone else will want to order one.

In fact the British plans are currently on hold because the French company EDF is having trouble financing the £24 billion project.

The uncertainty is increased because both the Austrian and Luxembourg governments are taking the UK to court to object to unfair subsidies for the twin reactors that will, in their view, damage the renewable industry.

With the market for big nuclear power stations clearly in trouble, both the US and Britain have shown interest in their smaller cousins.

The idea is to cut costs and construction times by making the reactors on a production line, like automobiles, and shipping the parts to be assembled on site.

Both countries believe that the need for low carbon electricity sources will increase after the Paris climate summit in December and give the technology a boost.

The US last year put $217m into one SMR design for research and development and has just announced another $917m for nuclear research, a large percentage of which will go on developing this technology.

This new generation of reactors could produce as little as 30 MW, enough to power a small town. This makes then easier to construct and control – so that, in theory at any rate, the fear of a nuclear accident can be removed.

An industry summit to discuss these reactors is being held in Charlotte, North Carolina on 14 and 15 April. In an indication of the interest it is generating, 38 utility companies are attending, all potential customers, to hear those who are offering a series of designs.

Despite this enthusiasm, and how good the prospect sounds on paper, the amount of investment involved in achieving economies of scale is very large. A nuclear power plant production line needs a lot of orders to make it viable, and a pilot plant has yet to be licensed.

Dr. Glenn George, principal with KPMG’s advisory practice, and co-head of the company’s US Economics & Regulation group, quoted in the Nuclear Energy Insider, said he thought potential investors were still doubtful, and wanted to wait and see.

“The economic and financial advantages that come from easy siting and series production in a factory setting need to be weighed against SMRs’ smaller capacity and energy output. This places a high burden on SMRs to be cost-effective relative to large nuclear power plants,” he said.

“For the market for new nuclear plants, including SMRs, to flourish, there likely needs to be significantly more expensive natural gas, or an effective price on carbon, or both.”

Dr George said he thought that with the current price of gas the small reactors would not be able to compete with efficient combined cycle plants.