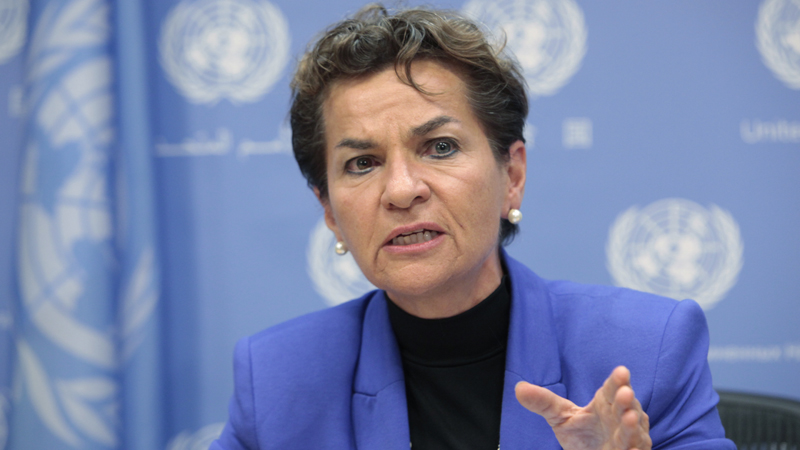 By Damian Carrington, the Guardian

The UN organisation in charge of global climate change negotiations is backing the fast-growing campaign persuading investors to sell off their fossil fuel assets.

It said it was lending its “moral authority” to the divestment campaign because it shared the ambition to get a strong deal to tackle global warming at a crunch UN summit in Paris in December.

“We support divestment as it sends a signal to companies, especially coal companies, that the age of ‘burn what you like, when you like’ cannot continue,” said Nick Nuttall, the spokesman for the UN framework convention on climate change (UNFCCC).

The move is likely to be controversial as the economies of many nations at the negotiating table heavily rely on coal, oil and gas. In 2013, coal-reliant Poland hosted the UNFCCC summit and was castigated for arranging a global coal industry summit alongside.

Now, the World Coal Association has criticised the UNFCCC’s decision to back divestment, saying it threatened investment in cleaner coal technologies.

#Divestment worked to free SA of #apartheid. Now it can help free us of #fossilfuels http://t.co/RWEszTzWvp @350 pic.twitter.com/0yWJOAn1y8

Several analyses have shown that there are more fossil fuelsin proven reserves than can be burned if catastrophic global warming is to be avoided, as world leaders have pledged.

Divestment campaigners argue that the trillions of dollars companies continue to spend on exploration for even more fossil fuels is a danger to both the climate and investors’ capital.

“Everything we do is based on science and the science is pretty clear that we need a world with a lot less fossil fuels,” Nuttall told the Guardian. “We have lent our own moral authority as the UN to those groups or organisations who are divesting. We are saying ‘we support your aims and ambitions because they are fairly and squarely our ambition’, which is to get a good deal in Paris.”

The UN secretary general, Ban Ki-moon, sent a related message to investors in November, saying: “Please reduce your investments in the coal- and fossil-fuel-based economy and [move] to renewable energy.” But he stopped short of backing the divestment campaign itself.

Many religious groups are among the 180 organisations that have already divested their funds from fossil fuels, as well as city authorities and universities. “We see the divestment of churches very much as a moral imperative for them,” Nuttall said. “If their goal is relieving the suffering of millions of people, then divestment is in line with how they want the world to be.”

A recent tweet from the UNFCCC said: “Divestment worked to free [South Africa] of apartheid. Now it can help free us of fossil fuels.” The tweet carried a quote and image of the archbishop Desmond Tutu, who in 2014 told the Guardian: “People of conscience need to break their ties with corporations financing the injustice of climate change.”

Divestment campaigners say their aim is to bankrupt fossil fuel companies morally, not financially. “No one is saying divestment by churches and universities will shift the market in a one-to-one way,” said Nuttall. “The message now is that you can get off fossil fuels without undermining your investments. It’s a different world now. You can save the world and get a good return on your investment.”

Many senior figures and institutions in the financial world, including the World Bank, Bank of England, HSBC, Goldman Sachs and Standard and Poor’s, have warned that only a fraction of known fossil fuel reserves can be safely burned and that the remainder could plummet in value posing huge risks to investors.

“Active and responsible investors play a vital role in encouraging investment in cleaner coal technologies. Demand for coal is not going away.”

Sporton said the divestment campaign was a concern: “There are economic and social dimensions that mean divesting from fossil fuels – and in particular coal – comes with significant risks, not least when 1.3 billion people are still without access to electricity.”

The UN’s Intergovernmental Panel on Climate Change said in November that global warming is set to inflict severe and irreversible impacts on people and that “limiting its effects is necessary to achieve sustainable development and equity, including poverty eradication”.

“Meeting the demand projected by the International Energy Agency will call for $18.5tn (£12.6bn) of cumulative investment between 2014 and 2035,” said a spokesman for the International Association of Oil and Gas Producers. “This doesn’t support an argument for divestment.” Replacing coal-fired power stations with gas can halve carbon emissions, he added.

IPIECA, the global oil and gas industry association for environmental issues and “the industry’s principal channel of communication with the UN”, declined to comment.

This article first appeared on the Guardian. RTCC is a member of the Guardian Environment Network.