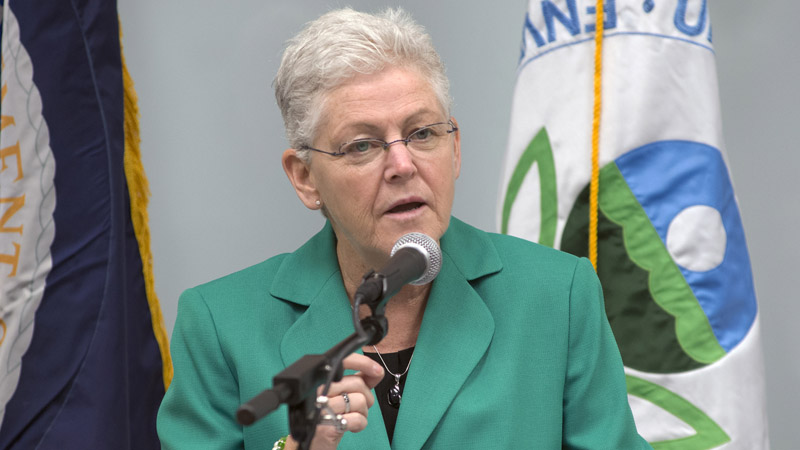 The US State Department has denied it is pushing for a legally binding UN climate pact, hours after the head of the US environment agency said that was the government’s goal.

Gina McCarthy – a senior official directly appointed by the president – made the remark during a talk at the Washington DC based Council on Foreign Relations.

“We need a legally binding agreement,” she said, after outlining the scale of US clean energy cooperation between the US, China and India and talking about her hopes for the Paris summit this December where a UN climate deal is set to be agreed.

The comment is significant because US diplomats have historically opposed any kind of climate pact like the 1997 Kyoto Protocol that would see the country face legal sanctions.

Any new treaty requires the approval of the US Senate, which is highly unlikely given the current dominance of Republicans.

In a statement emailed to RTCC a State official stressed the US had not changed its position.

“The legal form of the agreement is under discussion internationally,” they said.

“The US has made clear that it is interested in the hybrid approach put forward by New Zealand, in which elements of accountability would be legally binding but country commitments would not be.”

Later McCarthy told ClimateWire’s Lisa Friedman she had made the comment “casually” and did not mean to imply anything.

McCarthy’s slip – freudian or otherwise – obscured what was a passionate call for US climate leadership well beyond 2015 from one of the administration’s most important officials.

Later this month the White House is expected to publish its contribution to a UN climate deal ahead of the main summit in December.

While hostility to any US commitment is growing among Republican lawmakers, McCarthy said she believed the wider public were supportive of efforts to decarbonise.

“Attitudes in America are changing – people accept the science and they are demanding action,” she said.

McCarthy said new a clean power plant plan – which would see coal gradually phased out and cut climate-changing emissions 26% by 2020 compared with 2005 levels – “will be” delivered by the summer.

Embassy air monitors in emerging economies, which shine a light on otherwise hidden levels of particulate pollution in cities like Beijing were a “textbook display of soft diplomacy” she said.

Poverty could not be an excuse to allow future investments in polluting fuels, she added, arguing there was a “moral obligation” to protect future generations from climate impacts.

The EPA chief said she had spoken to officials from the Vatican ahead of an expected statement from the Pope on the environment later this year – who agreed that clean energy opportunities offered hope to “millions of poor” around the world.

“We can no longer accept the false premise that pollution is part of the growing pains of growth. If that’s the case, then that growth is not built to last,” she said.

“Treating the environment as window dressing when it is an essential part of our lives is not a strategy for the future.”