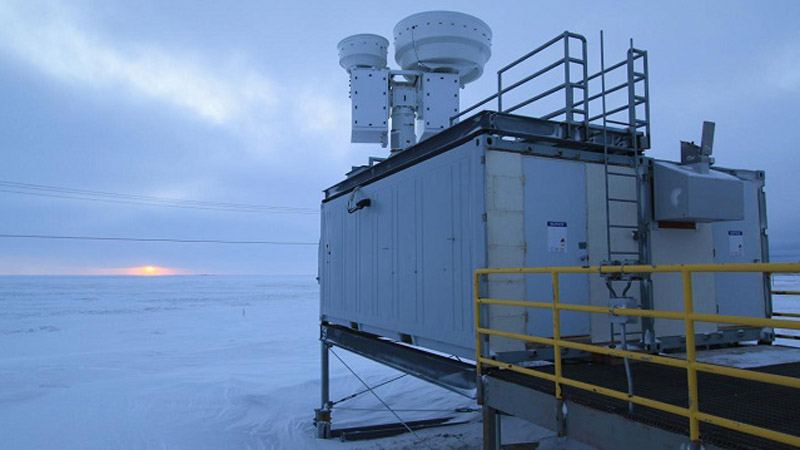 Government scientists in the US say they have directly observed for the first time the greenhouse effect in action, while monitoring the way carbon dioxide in the Earth’s atmosphere absorbed increasing amounts of thermal radiation from the surface.

Their measurements, taken over a period of 11 years in Alaska and Oklahoma, confirm predictions made more than 100 years ago, and repeatedly examined: there is a greenhouse effect, and the greenhouse gas that most helps the world warm is carbon dioxide.

The phenomenon is known in climate science shorthand as radiative forcing, which happens when the Earth absorbs more energy from solar radiation than it emits as thermal radiation back into space.

The sun shines through the greenhouse gases as if they were glass, and warms the rocks. The rocks emit infra-red waves, but the transparent gases now keep the heat in, as if they formed the glass roof of a greenhouse.

Although this radiative forcing has been assessed, quantified, modelled, predicted and worried about, the scientists say this is the first time it has been formally tested outside, in the open air.

Daniel Feldman, geological project scientist at the Lawrence Berkeley National Laboratory in California, and colleagues report in Nature that the increase in temperatures over the period adds up to two-tenths of one Watt per square metre per decade.

And this small notch in the thermometer record is linked to an increase of 22 parts per million in carbon dioxide levels in the atmosphere in the decade. Much of this extra CO2 comes from the burning of fossil fuels.

The finding is no surprise. For 30 years, climate scientists have recorded a steady average annual rise in planetary temperatures.

They expected it, and they predict that unless the world makes a switch from coal, oil and natural gas to solar, wind, water and wave energy, or biofuels, or nuclear or geothermal power sources, global average temperatures will go on rising inexorably.

The glaciers and icecaps will melt, sea levels will rise, and climate extremes – especially heat waves, and probably floods – will also increase.

So the Nature study is just a piece of tidying up. But it is an illustration that the calculations can be confirmed by direct measurement − by catching carbon dioxide in the act, so to speak.

“We see, for the first time in the field, the amplification of the greenhouse effect because there’s more CO2 in the atmosphere to absorb what the earth emits in response to incoming solar radiation,” Dr Feldman says.

“Numerous studies show rising atmospheric CO2 concentrations, but our study provides the critical link between those concentrations and the addition of energy to the system, or the greenhouse effect.”

The study is built on 3,300 measurements in Alaska and 8,300 in Oklahoma, under clear skies and using high-precision instruments.

Carbon dioxide is not the only greenhouse gas: water vapour also plays a role, along with oxides of nitrogen and methane or natural gas.

But the study was powerful enough to isolate carbon dioxide’s contribution, and even register a dip in this radiative forcing early every year as the green shoots of spring begin to take up the greenhouse gas to build the new leaves and stems that nourish a hemisphere.

The authors conclude that the results confirm theoretical predictions, and provide empirical evidence of just what rising CO2 levels can do.