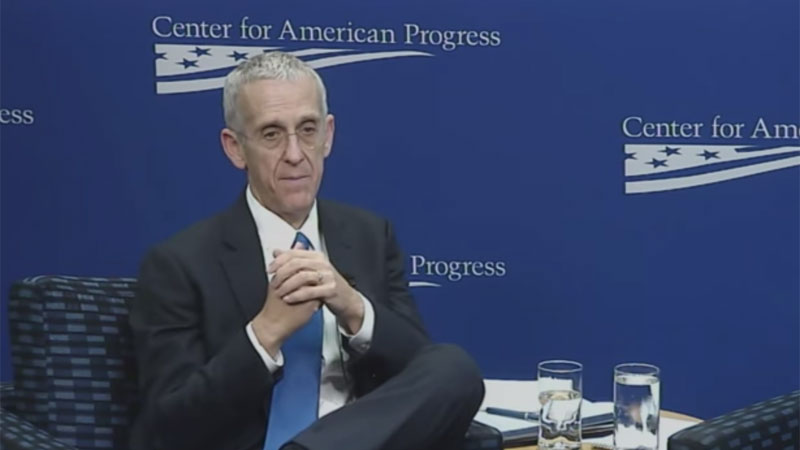 The world should not rush to judgment on the outcome of the Paris talks on climate change later this year, president Obama’s chief climate change official has warned, as it would take a few years for the effects to become apparent.

Declaring the talks a success or failure too soon would be a distortion, said Todd Stern, US envoy for climate change and the country’s lead negotiator in the UN talks.

“We will not know in 2015,” he said. “The rush to judgment, that this [agreement] does not do enough [for example], is not the way to think about this.”

He said that the process from Paris would not be a “one-off” agreement, but the first in a series of deals that would carry on after 2020, with countries “ratcheting up” their commitments to cut emissions in subsequent years, as the effects of the first targets became apparent.

Special Envoy for Climate Change, Todd Stern, speaks to journalists in London ahead of #COP21 later this year. pic.twitter.com/UWwj6yrIaV

Governments will meet in Paris in December to thrash out a new global agreement on greenhouse gas emissions, to take effect from 2020, when current international commitments on carbon run out.

Though he did not explicitly make the comparison, Stern’s warning recalled the outcome of the Copenhagen climate summit in 2009, when some groups and much of the media following them immediately branded the meeting a failure.

That label stuck and has deeply affected public perception of the negotiation process, even though Copenhagen in fact produced a historic deal by which developed and developing countries for the first time jointly agreed to cuts or curbs on their emissions.

Stern said “solid progress” had been made already in the lead-up to this year’s crunch negotiations.

The EU has also set its post-2020 target, of cutting emissions by 40% relative to 1990 levels by 2030. Other major economies are expected to come forward with targets, to cut emissions in the case of developed countries and to curb their growth in the case of many developing nations, this April.

After that, they will be scrutinised by the UN and other countries to ensure they are adequate and fair, before the Paris talks begin in December.

RTCC NEWSLETTER: Sign up for a weekly digest of climate change news

Alongside the vital issue of emissions targets, the Paris talks will focus on how to provide financial assistance to poorer countries, to help them tackle emissions and to cope with the effects of climate change.

Stern was upbeat on this. At Copenhagen, developed countries promised that by 2020 at least $100bn a yearwould be flowing to developing countries for these aims.

To date, about $35bn to $45bn a year is flowing in this way from public origins, Stern said.

This includes money from development banks, such as the World Bank, which are ultimately funded by the industrialised world, and other publicly-funded financial institutions.

But that figure does not include money from the private sector which has been matched, mobilised or leveraged by public funds, so if these sources are included the number is likely to be much greater.

Stern agreed that if the talks failed to produce a significant deal, it would be damaging for the UN process. “With as much teed up as is teed up now, if the thing really were to not get over the finish line, I think that would be a consequential thing for the UN. But I don’t think that’s going to happen.”

His opinion echoed that of Connie Hedegaard, the outgoing EU climate chief, when she told the Guardian last year that failure in Paris would effectively be the end of the UN process.

This article first appeared on the Guardian. RTCC is a member of the Guardian Environment Network.