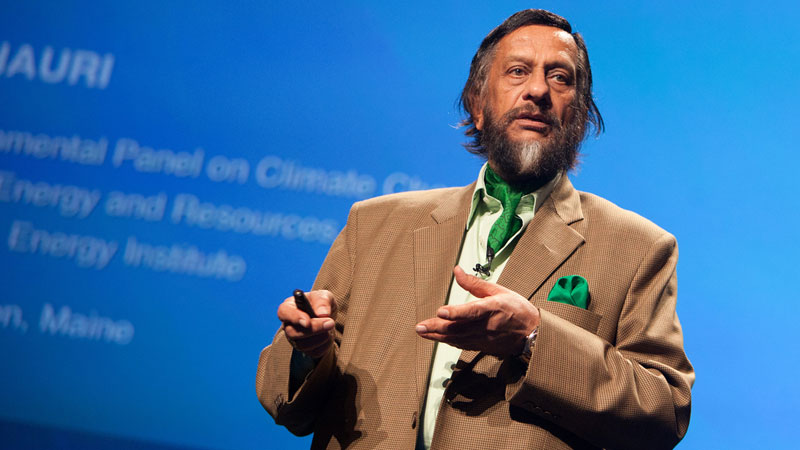 The UN’s climate science panel has distanced itself from the allegations of sexual harassment facing its former chairman Rajendra Pachauri, while acknowledging that his sudden departure was a “difficult moment”.

After a week of discussions on the future of the Intergovernmental Panel on Climate Change (IPCC) in Nairobi this week, the organisation’s secretary Renate Christ said that the allegations “do not relate to the IPCC” but concern only his work in Delhi.

“We cannot ignore the allegations against Dr Pachauri but the allegations are part of an ongoing case,” she said, adding that the organisation would therefore not take questions on the proceedings.

Pachauri stepped down as chairman of the IPCC on Tuesday in the wake of a police investigation into claims that he had sent inappropriate emails and WhatsApp messages to a 29-year-old employee of the Delhi-based Energy and Resources Institute, which he headed.

Christ added that the panel had raised the issue of workplace respect at the meeting in light of the allegations.

“It is appropriate for us at this juncture to examine our own internal policies on harassment. Accordingly this week the panel emphasised the need to ensure a respectful workplace where everyone’s rights are respected and upheld.”

During the week, the panel “worked hard to ensure a seamless transition and to focus on the important job at hand,” said Christ.

This included important questions for the future of the IPCC, including its size, structure and composition.

The panel announced a decision to increase the representation of developing countries in the bureau by increasing its members from 31 to 34.

“This goal is to deepen our understanding of climate change and its implications not only for developing countries but the entire world,” said Christ. “Climate change is after all a challenge for the global commons, so we want our work to address and be relevant to that challenge.”

The panel also agreed to boost the role of developing country scientists by improving access to non-English language papers, while encouraging authors of such papers to become more closely involved in the process.

They would also consider how to train and support young scientists in developing countries – although this is something that is beyond the mandate of the IPCC.

Overall, the status quo would be maintained, with the IPCC continuing to produce assessment reports at intervals of five to seven years, with more focused reports on specific topics of scientific interest in between.

However, there would be an emphasis on making these more readable for both policymakers and society by involving graphic designs and science writers in the development of the reports.

“This meeting has reminded me of what can be accomplished when people from around the world come together to reach a common goal,” said IPCC chairman Ismail El Gizouli.

“The IPCC is indeed a whole whose sum is greater than its parts.”