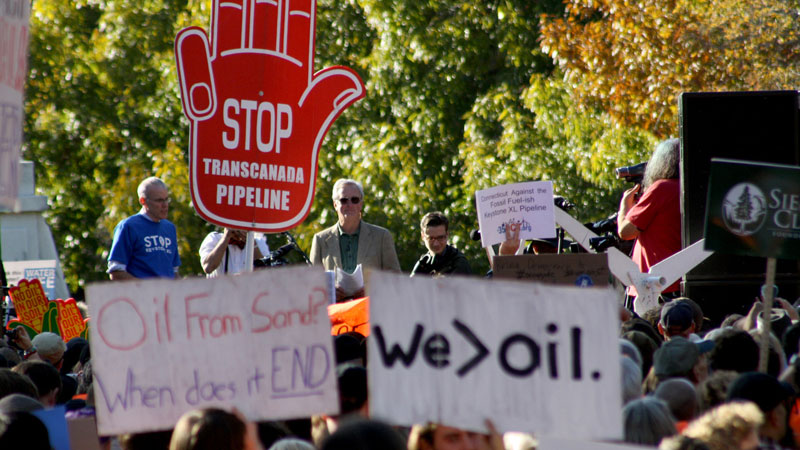 President Barack Obama has vetoed a bill to approve the Keystone XL oil pipeline – a move that the Senate will try to override by 3 March.

As expected, Obama blocked a bill that would have authorised Congress to approve the TransCanada pipeline, which would transport 830,000 barrels of oil sands crude from the Alberta tar sands to Nebraska.

Obama issued the third veto of his presidency quietly, sending a message to the Senate explaining he was blocking the bill on technical grounds.

“Through this bill, the United States Congress attempts to circumvent longstanding and proven processes for determining whether or not building and operating a cross-border pipeline serves the national interest,” the president wrote.

Immediately, Senate majority leader Mitch McConnell responded that the Republican-led Senate would attempt to overturn the veto no later than 3 March.

It is unlikely they will succeed, as Republicans are four votes short of the two-thirds they need to override the veto.

Nonetheless, those in favour of the bill did not appear to consider the veto a final defeat.

“It is not a question of if this project will be approved; it is a matter of when,” said Greg Rickford, Canada’s minister of natural resources.

The State Department, meanwhile, will continue with their review of the pipeline, after which a decision will be issued on whether to push forward with constructing the $8 billion pipeline.

White House press secretary Josh Earnest said that it was “certainly possible” that Obama would approve the project once this review is complete. “The president will keep an open mind,” he said.

It remains unclear when this review would be complete.

Obama has said in the past that he will reject the pipeline if it would significantly increase carbon dioxide emissions.

The project has met with resistance from environmentalists, who say that the carbon intensive process of extracting oil from the tar sands would exacerbate the problem of climate change.

“As the President himself has argued, Keystone XL would worsen climate change, threaten the safety of farmers and landowners in America’s heartland, and create essentially no long-term jobs — all so a Canadian oil company gets to ship dirty tar sands to the rest of the world,” said May Boeve, executive director of campaign group 350.

“Now, it’s time for the President to show he’s serious about his climate legacy by moving on to step two: rejecting this pipeline once and for all.”