WHO warns of climate impact on tropical disease spread 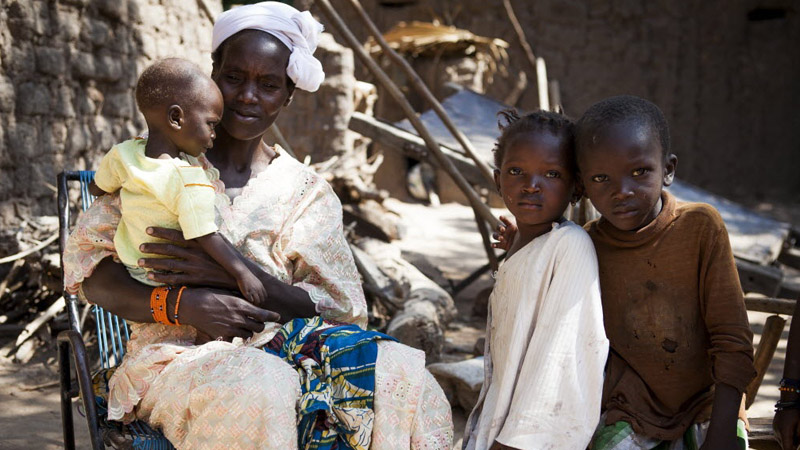 Awa sits with her son Modiba and his siblings at their home in Mali. Modiba is suffering from severe malnutrition and malaria. (Pic: Save The Children/Flickr)

The World Health Organisation says billions of dollars are needed over the next two decades to slow the growth of diseases such as leishmaniases, dengue and chagas.

In a report issued on Thursday it says incidences of these potentially fatal ailments – spread by mosquitoes or poor sanitary conditions – could accelerate as a result of climate change.

Officials say US$2.1 billion is required every year from 2015-2030 to prevent and control 17 neglected tropical diseases, which already affect around one billion people in 149 countries.

The additional investment would represent 0.1% of healthcare costs in affected countries over the next 15 years, says the study.

“Some of the neglected tropical diseases are no longer strictly tropical,” said the WHO’s Dirk Engels. “The potential for spread provides yet another strong argument for making the needed investments.”

Neglected tropical diseases – What are they? Why are they ‘neglected’? #BeatNTDs pic.twitter.com/o4NPiyaEvw

Changes in the global temperature, together with rainfall and humidity levels are expected to “increase the distribution and incidence of at least a subset of these diseases”, write the authors.

Heavy rainfall is linked to increases in dengue fever, which causes flu-like symptoms but can be fatal. Every year an estimated 390 million are infected.

The WHO says dengue has already re-emerged in countries where it has been absent for decades, along with related mosquito-borne viruses such as chikungunya and zika.

It says early detection and targeting of these diseases will save money in the long run, citing success in halting the spread of guinea-worm disease through widespread treatment programmes.

“With such huge numbers affected, controlling these diseases paves the way for an exodus from poverty,” WHO Director-General Dr Margaret Chan said in a statement.

The WHO also says more investment is needed to tackle unsanitary conditions – which can offer prime breeding grounds for mosquitoes.

Last year a UN-backed panel of scientists said rises in malaria and dengue as a result of climate change were not inevitable, provided countries took adequate precautions.

“More effective disease control activities” could slow their spread, they wrote. Effective prevention policies recommended by the UN include widespread pesticide deployment and use of nets at night.

Fatalities linked to insect-carried diseases are highest in Africa and South East Asia, but separate research published this week indicates they could rise in Europe and the US.

Warming temperatures by mid-century could create the right conditions for the Asian Tiger Mosquito to travel north, bringing risks of yellow fever, dengue and encephalitis.

“A significant increase of habitat suitability is projected to occur in eastern Brazil, the eastern United States, Western and Central Europe, and Eastern China, to a large degree related to increasing near-surface temperatures in winter,” write the authors in a paper in the Philosophical Transactions of the Royal Society B.

“On the other hand, significant reductions are projected for northern South America, Southern Europe, Central Africa, Madagascar and Southeast Asia, where (summer) temperatures can become too high.”