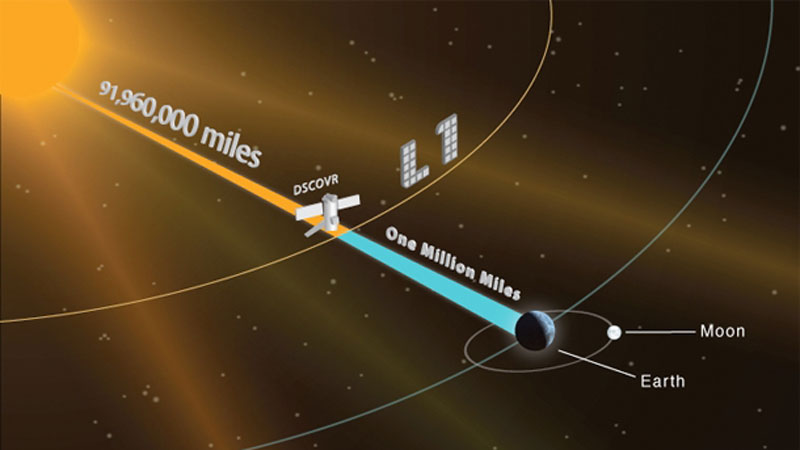 NASA has launched a new satellite that will monitor the climate from space.

The US agency’s Deep Space Climate Observatory (DSCOVR) will monitor the amount of energy entering and leaving the planet – the key factor in determining the earth’s temperature.

The device that will collect the data is called NISTAR. NASA scientists say it will give the most accurate picture to date of the amount of energy being trapped in the Earth’s atmosphere by greenhouse gases.

“The NISTAR radiometer will measure the reflected and radiated energy from Earth in the important direction back towards the sun,” said Adam Szabo, DSCOVR project scientist at NASA’s Goddard Space Flight Center.

“We have satellites that measure these quantities at other directions. [But those satellites] have to orbit around Earth, spending only a portion of their orbits in the light.

“The advantage of NISTAR is that it observes the whole sunlit face of Earth.”

More greenhouse gases in the atmosphere – emitted through the burning of fossil fuels – means that heat escapes more slowly, causing the planet to warm.

NISTAR, which was launched on 11 February, has the edge over other climate-monitoring satellites – some of which have been measuring the Earth’s energy uptake since the mid-1970s.

This is because previous instruments provided only snapshots of what was happening on the earth, leading to the challenging task of stitching together the data collected from different angles and at different times of the day.

NISTAR has been catapulted into a spot between the sun and Earth, where the gravitational balance means it will orbit the sun like a planet. This means it can collect information about the whole of the Earth’s sunlit side.

Drawing up a more complete picture in this way sidesteps the difficulties posed by the uneven distribution of land, ocean, sea ice and changing cloud cover.

Satellites are not the only way that scientists have to monitor the energy content of the Earth. They can infer the same information from the oceans, by calculating how much energy must have been trapped to keep them at their current temperature.

However, the two methods have yielded measurements that differ by 6.5 watts per square metre.

“Our hope is that using a single well-calibrated instrument to measure the most critical contribution of reflected light [light reflected back towards the sun] will reduce this difference,” said Szabo.

DSCOVR will also be able to transmit some EPIC images while it orbits a million miles away from Earth.

EPIC, which stands for Earth Polychromatic Imaging Camera, can capture the full face of the planet in a single image, something previously only snapped by Apollo 17 astronauts and the Galileo mission to Jupiter.

The images captured by close satellites have to be stitched together by scientists for the complete picture.

DSCOVR will send back images every two hours – but these are more than just flashy holiday snaps from NASA’s favourite satellite.

This will provide more valuable insights into the state of climate change, as cloud thickness and lifetimes are affected by aerosols, which in turn affects the balance of energy on the planet.