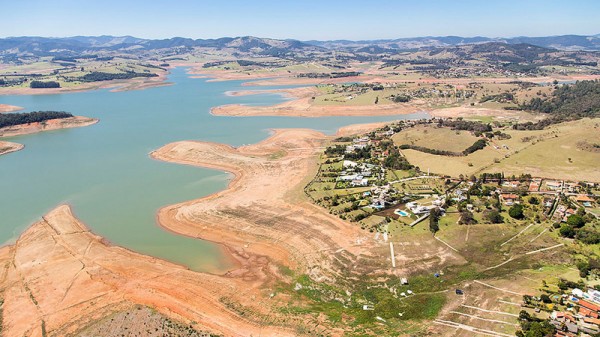 Brazil is struggling to supply enough water to its 200 million people, amid the worst drought in 84 years.

São Paulo’s 20 million citizens face having their tap water cut off five days a week, in a bid to conserve dwindling resources. Some 17% of Brazilian towns have declared a state of emergency.

In the centre and southeast of the country, electricity supplies are threatened as water levels drop to 18% in the reservoirs for hydropower generation.

“We have never seen such sensitive and worrying situation as this,” admitted the minister of environment, Izabella Teixeira.

Rain scarcity, deforestation of the watersheds around streams and rivers, high consumption in the big urban centers and waste in the water supply system are some of the reasons for the crisis.

It has brought into sharp focus the political response to extreme weather patterns, which are only expected to get more volatile with climate change.

“Public authorities need to be absolutely transparent in the information on the extent of the problem. We are living in a period of scarcity and there’s even a high probability of having a much more prolonged crisis”, said José Galizia Tundisi, president of the International Institute of Ecology and Environmental Management (IIEGA)

Low rainfall had played a big role, he argued, but was not primarily responsible for the collapse in water supplies.

In São Paulo, Brazil’s biggest city, governor Geraldo Alckmin is on the verge of announcing drastic measures to eke out the dwindling water reserves. The plan is to provide running water only two days a week.

This comes as a shock to the general public, who complain they were not informed about the risks during last October’s election.

Tundisi said: “There were few discussions. It is not only about drinking water, it is the whole set of elements regarding the water pollution, air pollution, soil deforestation, energy generation and sanitation. No one mentioned about those items.” 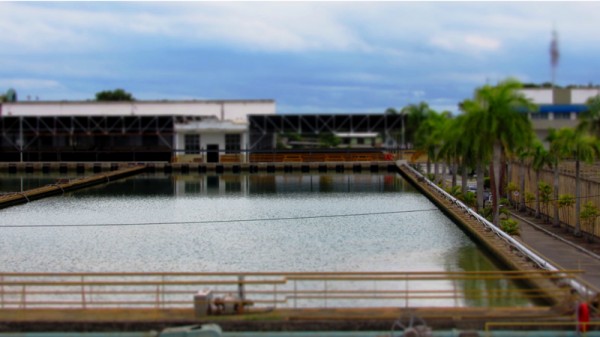 The scientific community is seeking to work with public authorities to develop emergency action plans and future solutions to adapt to changing rainfall patterns.

Last February, rectors of six universities in São Paulo announced the creation of a task force to help society to overcome the water crisis. This week in Rio de Janeiro, a group of renowned scientists from the Brazilian Academy of Sciences (ABC) launched a public report with ten recommendations.

This document was provided to public authorities in November 2014, but scientists complain they have not been contacted yet to discuss further action.

The situation could escalate and trigger social unrest, Tundisi warned. “It has outlined a complex reality reaching different social sectors. Added to climatological problems, the water crisis may be connected to economic damages, health, food security and natural resources. I am very much convinced there is a high danger of an upheaval if the government does not act now.”

Water shortage also raises the risk of power blackouts. Normally, some 80% of Brazil’s electricity comes from hydropower plants. With reservoirs drying up, it is turning to generation from fossil fuels – a major source of greenhouse gas emissions.

“This whole year we shall depend fully on thermal electricity. The chance of a deep energy crisis this year is very high,” said Luiz Pinguelli Rosa, executive secretary of the Brazilian Forum of Climate Change and member of ABC. He recommended an energy-saving policy to avoid blackouts.

“The government trusted the rainfall intensity would come to regularise the system. But there is no way the reservoirs can get back to their normal levels before the end of the rainfall period in April,” Rosa added.

All the projections suggest 2015 is a year Brazilians will have to get more efficient at using water, said José Marengo, researcher at the National Center for Monitoring and Alerts Natural Disasters (Cemaden).

Marengo is a contributor to the Intergovernmental Panel on Climate Change (IPCC), which last year published a comprehensive review of the science of climate change impacts.

Climate scientists are not yet convinced this extreme drought in Brazil is directly linked to global warming. Marengo said it will take at least five years to understand the weather trend.

“IPCC works with scenarios in which drought as the one we are facing will be more frequent, with high levels of uncertainty,” said Marengo. “Only with good water management and public policies, the impacts could be dampened in the future.”