Everyone satisfied with Geneva text, but real negotiating begins in June, says lead negotiator for grouping of world’s poorest 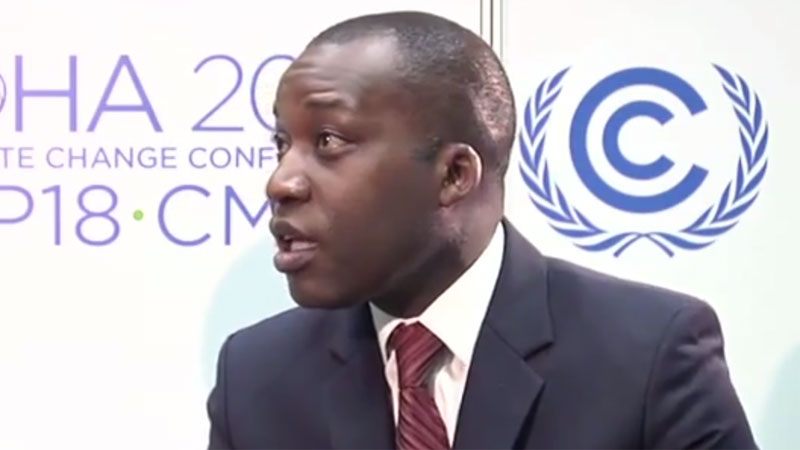 The draft set of proposals for a global climate deal developed during a week of negotiations in Geneva is now 90 pages long, but everyone is happy with it.

This is the view of Giza Gaspar Martins, a diplomat from Angola who leads the world’s poorest in the UN’s climate negotiations.

“It’s an everybody text,” he told RTCC, adding that all country groupings – from rich to poor – felt satisfied that their views were included.

The session officially draws to a close on Friday at 6pm. It is one of what could be many interim UN climate meetings ahead of a landmark meeting in Paris this December.

In the frequently turbulent world of UN climate negotiations, ending a round of talks with a text that satisfies all parties represents a tangible success, said Gaspar Martins.

“We have achieved putting together a text with which every party is comfortable in terms of it reflecting their respective positions. That has been achieved and that is very important.”

It was vital that countries reached this stage during the five day meeting in Geneva, as UN rules dictate that it must be ready six months before the final conference, in order to allow time for it to be translated into six different languages.

Failing to do this could have undermined the legality of the final agreement.

The text has ballooned from the 38-page document that parties wrote in Lima last December.

But while every country is happy for now, the text remains far from the stage where it could be considered politically, said Gaspar Martins.

The week has revolved around piecing together positions, rather than making tough choices about which should be discarded.

“It’s just a compilation of text ideas with options that everyone owns. Now we need to negotiate it,” he said.

This whittling down will begin in June, when parties meet again in Bonn, Germany.

By this time, everyone will have had “ample time” to study and digest the text, said Gaspar Martins.

He believes that the process is currently in a better state than it was the last time that the UN tried to create a globally binding treaty in 2009.

“The mood is such that it will not be brutal. It will just be an honest discussion of different approaches,” he said.

While he said that it is too early to speak of red lines in the LDC’s negotiating position, he reinforced that there were some particular aspects that needed to be safeguarded within the text, including the controversial topic of loss and damage, or climate compensation.

How the final agreement differentiates between the richest and the poorest in terms of obligations to tackle climate change would also be a key issue for all countries, he said.

“If we can find a way of accommodating the national circumstances, but at the same time recognising the effort those parties make, then we will have accomplished our goal, and we will be successful,” he said.

“The test is how we can apply this bottom up approach to other contentious areas, such as legal form, that are required to have everyone on board. I think that’s our challenge, really.”