Data on geography of rising temperatures is not getting through to adaptation specialists, warn co-chairs 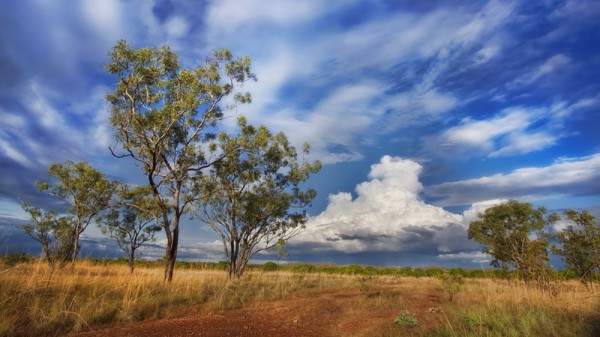 From heatwaves and wildfires in Australia to flooding in India, climate change affects different parts of the world in different ways.

In the last round of reports from the UN’s climate science body, physical scientists produced an atlas of regional temperature and rainfall projections.

But this has been underused in efforts to prepare for the impacts and threats of climate change around the globe, the top authors say.

Ahead of a key meeting on the future of the Intergovernmental Panel on Climate Change (IPCC) in Nairobi this month, they are pushing for a heightened focus on localised risks.

“The more concrete we want to be in addressing the regional problems, the more difficult the conversations become and the more important it will be you have a science based body that provides information.”

He and co-chair Dahe Qin have proposed a workshop in the next few months to examine how physical scientists could work better with those focused on adaptation.

One of the critical questions in Nairobi is the timing of the next set of assessment reports. To date, they have been published every 5-7 years, in groups of three: physical science, adaptation and mitigation.

The most recent physical science and adaptation reports were published in quick succession. That meant it was hard for those studying the impacts on people and nature to consider the latest climate data, Stocker explained.

Also in Nairobi, candidates to replace Rajendra Pachauri as IPCC chair will be jockeying for position, ahead of an election in October. Delegates from each national government get to vote.

Unlike the last selection process in 2008, when Pachauri ran unchallenged for a second term, there are expected to be several candidates.

Belgium has put forward Jean-Pascal van Ypersele, presently one of three vice-chairs in the process, for the role. South Korea’s Hoesung Lee, another vice-chair, is also understood to be running.

Van Ypersele published a manifesto and CV this month in support of his candidacy. His rallying cry is: “Let’s assess the science of climate change together, in the most balanced, policy-relevant way, in the interest of all!”

Stocker, a professor at the University of Bern, is seen as a contender but has yet to be officially nominated by the Swiss government.

He places “high importance” on communication, he told RTCC – identified by the IPCC as a priority area for improvement.

His working group pioneered the use of “headline statements” to summarise the mass of complex scientific information for non-experts.

It took two weeks to craft statements that the authors were happy with, he said, and a few days more to get government approval. But the process helped to get across messages such as “human influence on the climate system is clear” to the media and public.

Stocker defended the more technical style of bullet points and statements of uncertainty in the summary for policymakers as “cumbersome to read but necessary to give credibility to those headline statements”.

A recent commentary in Nature Climate Change urged the IPCC to embrace the world of digital communications.

IPCC lead authors should be available 24/7 on platforms like twitter and facebook to respond to queries and rebut misinformation, argued author Leo Hickman, editor of Carbon Brief.

“As the IPCC debates its future, it must be bold in engaging with social media,” he wrote.

That would be difficult given the IPCC’s limited budget, Stocker said. “Unless there is really support by the governments to the scientists to elevate communications to the next level, I don’t think it is going to happen.”

While many scientists are conversant in social media, he added, “it is asking a lot of scientists to respond to all of these things flying around the blogosphere, a lot of which is in my view guff”.

The burden of communication should not all fall on the IPCC, said Stocker, but be “a multi-actor effort”.