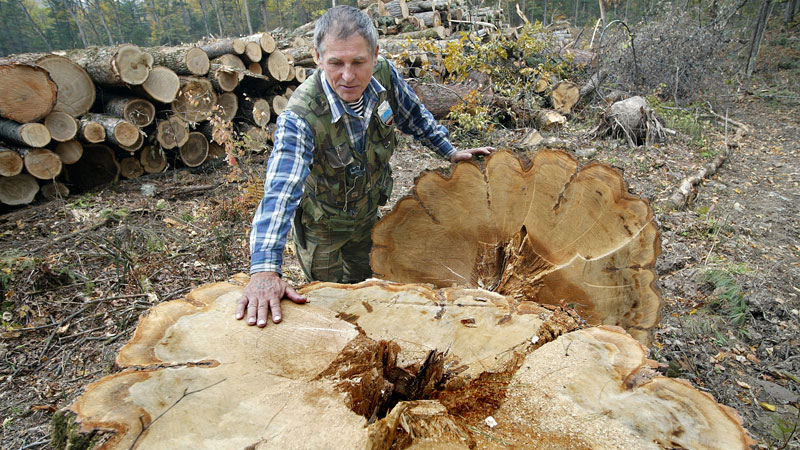 Alexey Kokorin, head of WWF Russia’s climate and energy programme told RTCC that the relationship was “unusual” but also unavoidable.

“If you want to stop any transfer over a boundary, you have to cooperate with the security services,” he said.

For WWF, this means providing training for local customs officials – a branch of the FSB – in how to distinguish different species of trees, and identify those which are illegal.

Its border control agents are better known for a confrontation with 30 Greenpeace protesters in the Arctic over their attempts to scale a Gazprom oil rig, where their use of guns, knives and cannons made international headlines.

But the FSB has an interest in worming out the criminality that plagues Russia’s eastern forests, and WWF specialists have the expertise to help them identify wrongdoing.

This includes exposing corrupt officials and preventing the transfer of illegal timber across the border to China.

The problem has been recognised by President Putin himself, who initiated a crackdown on forest crime in 2012.

A 2013 report by the Environmental Investigation Agency estimated that 96% of the valuable hardwoods harvested in the Russian Far East end up in China, while at least 80% of all felled trees have been logged illegally.

Unlike large scale deforestation, illegal logging is difficult to pick up on satellite images.

Nonetheless, the consistent degradation of Russia’s valuable boreal forests – which contain an estimated 20% of global terrestrial carbon – can contribute to climate change.

Logging accelerates the melting of permafrost by exposing soil to direct sunlight, which in turn releases vast quantities of methane and carbon dioxide from plant matter frozen in the soil.

Brian Milakovsky, a forest projects coordinator with WWF-Russia based in Vladivostok, described how the FSB steps in to handle corruption in the region.

“They have a division for fighting corruption and they view forest crimes correctly as some of the most linked to corruption,” he told RTCC. 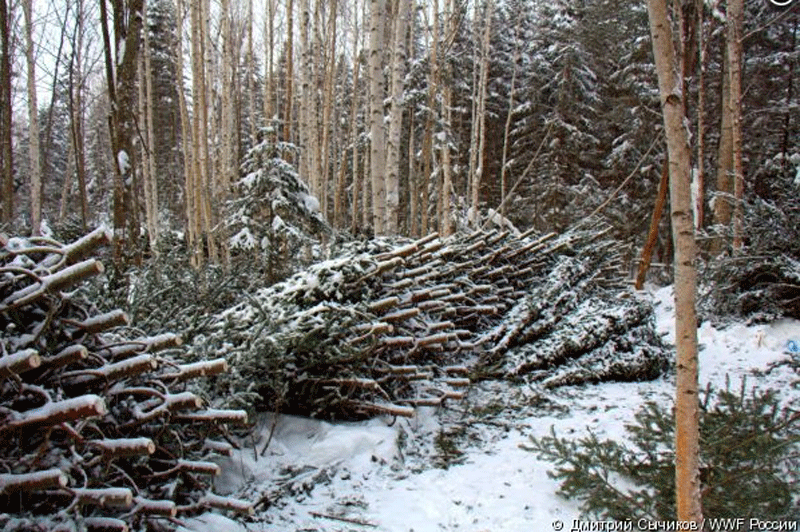 “Our specialists are recognised in the region as very qualified, non-politicised people who know a lot about the way forest crimes are committed, often having more information about that than police or FSB people who have to cover many different kind of crimes.”

The FSB were involved in bringing a logging case to trial in December 2014.

Evidence gathered in the investigation was enough to convict a 36-year-old resident from the village of Dolmi in the Khabarovsk Territory, who was sentenced to two years’ imprisonment in a special penal colony for logging timber worth more than 30 million rubles (worth around $450,000 today, although the ruble has plummeted in recent months).

Milakovsky stressed that the group also works regularly with local forest rangers and federal police from the Ministry of Internal Affairs.

In December, for instance, a joint raid revealed stocks of illegal oak and ash worth more than 10 million rubles (around $150,000 presently).

This was because WWF specialists realised that what appeared like the tracks of “a random snowmobile” – common in the midst of the hunting season – was worth investigating, says Milakovsky.

Unlike WWF’s work with ministries of energy and the environment, work with the security services takes place on a largely ad hoc basis, though strong personal relationships can develop between the agents and the activists.

“We don’t have any memorandum of understanding or any agreement – nothing,” says Kokorin. “With security service we don’t have such contacts, not at all. But we have local cooperation.”