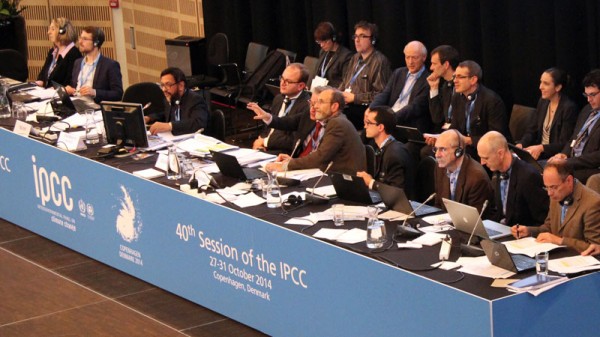 The top UN climate science body should slim down its reports to have more impact and curb the mounting workload for authors.

That was the message countries sent to the Intergovernmental Panel on Climate Change (IPCC) ahead of a key meeting on its future later this month.

The IPCC’s scientific reviews “should become more concise with an enhanced focus on policy relevant topics,” said Germany, with a page limit set at the outset.

Japan suggested focusing on fewer topics, to allow for deeper analysis, while the US called for less theoretical information.

The governments were responding to options set out by the IPCC for its future, which will be discussed 24-27 February in Nairobi, Kenya.

The IPCC produces a trio of assessment reports every 5-7 years, covering different strands of climate science, followed by a synthesis report.

It is a mammoth undertaking, with hundreds of scientists around the world compiling the evidence from thousands of studies.

The volume of information is only increasing, with the US warning that “exponential growth” in data on regional impacts of climate change makes the adaptation report “unsustainable” in its current form.

It criticised “generic discussion chapters” with “over-generalized” key messages, calling for regional chapters “where the discussion can be grounded in practical action”.

In the report on mitigating global warming, too, the US said chapters with a practical focus “were the most valuable”.

Several countries urged the body to align its assessment cycle with the UN climate talks, where the evidence informs the negotiations.

That would allow the IPCC’s work to have “maximum impact,” wrote UK government official Sarah Honour.

The UK stressed the importance of bringing communications up to date, “strongly” recommending the use of professional writers and designers.

“More use of electronic media and web-based tools is vital given the changes in knowledge transfer and formats since the original assessment report in 1990,” Honour added.

Canada suggested digital platforms should be used more to support collaboration across strands of the IPCC process, to cut costs and the carbon footprint from air travel.

Also on the table at Nairobi’s meeting of government officials and scientists are proposals to boost participation of developing countries, which are underrepresented in the process.

This is “of great importance” to Brazil, which said poorer nations “are making use of all their available resources to be as active as possible”.

But perhaps reflecting limited resources, only nine developing countries commented on the proposals. Ten developed countries and the European Union had their say.