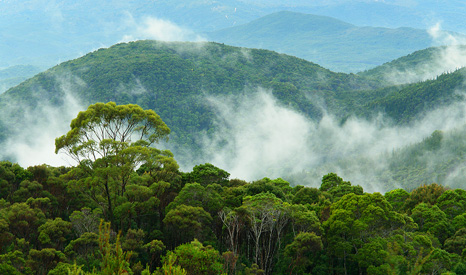 They warn that, without tougher international safeguards, human rights abuses against indigenous people and environmentalists fighting deforestation will continue to rise.

A report released last Wednesday by the Rights and Resources Initiative (RRI) says soaring demand for rubber, oil palm, cattle and soy has decimated forests once owned by local people.

“The carbon market is the next global commodity from tropical forests and, once again, there is a major risk that indigenous peoples are not recognized as the owners of the forest,” said Andy White from the RRI.

Addressing deforestation is likely to be central to a global climate deal – set to be agreed in Paris later this year – as it accounts for up to 15% of annual greenhouse gas emissions.

Antonio GM La Vina, dean at the Aterneo school of government in Manila and a member of the Philippine delegation at this week’s UN talks in Geneva, told RTCC protection for human rights should be one of the legally binding aspects of a new climate deal.

“I’d like one of those norms to be human rights norms,” he said. Other rights such as resettlement in the event of future climate impacts should also be included, he added.

“For me the leverage is moral. I don’t think there’s any need to be desperate for an agreement. There’s a certainty of an agreement because of the way it has been framed,” he said.

“Tell us what you want to do and we’ll accept it. What we need to do is to raise the bar for that agreement.”

A UN-backed carbon trading mechanism known as REDD+ features in the current negotiating text for a Paris deal, and is likely to be in the final outcome.

The authors of the RRI report say credits for carbon stored in forests are likely to be sold to international buyers, and could wipe out the land rights of communities who have lived there for centuries.

Local activists from Liberia and the Philippines, which have large stocks of tropical forests, told RTCC a specific concern is suggestions that international rules safeguarding the futures of these communities could be weakened.

“International safeguards are very important because they fill an important void, a gap in which communities cannot secure justice internally and rely on these international instruments, as weak as they may be,” said Silas Siakor, from the Sustainable Development Institute in Liberia.

A spokesperson from the World Bank, which is leading on creating and implementing many of these safeguards, said it was in the process of “reviewing and updating” them, with a decision expected later this year.

Forests with strong indigenous communities are less vulnerable to loggers, ranchers and mining prospectors, according to research by the World Resources Institute.

Aggressive palm oil companies had already bought up parts of the country, Siakor said, and forest peoples in Liberia feared the sale of their carbon rights could see them kicked out of their homes.

“Entire villages are being threatened with eviction or at least destruction of the land if you live in a district where companies would like to put in oil palms.”

Last September 130 governments, companies and NGOs backed the New York declaration on forests, aiming to cut forest loss in half by 2020 and wipe it out by 2030.

At the recent UN climate summit in Lima, eight Latin American countries said they would replant around 20 million hectares of forest by 2020.

But with the deaths of more than 900 land rights activists since 2001, according to the Global Witness NGO, many activists fear the lives of communities who call the forests home are being ignored.