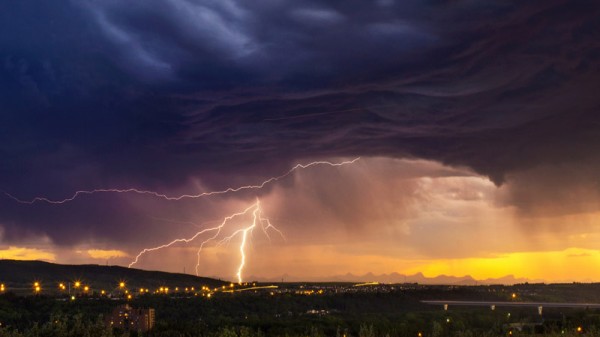 Climate change will not increase the frequency of storms, according to the latest research.

The downside is that while the number of storms will probably remain unchanged, and weak storms could even become weaker, new research warns that the strongest storms could become significantly stronger.

For at least three decades, researchers have worked on the assumption that as the average energy of the atmosphere increased with warming, so would the potential for extremes of heat and drought, flood and cyclone, typhoon or hurricane.

Frederic Laliberté, of the University of Toronto in Canada, and atmospheric physicist colleagues don’t exactly disagree: they just took a closer at the way in which some things are likely to change.

They report in the journal Science that they considered the interplay of weather, moisture and temperature around the globe as an atmospheric heat engine – which it is – and compared it to a famous 19th-century theoretical model of energy and output known to engineers, physicists and meteorologists everywhere as the Carnot Cycle.

The engine works like this: air warmed by the sun moves across the ocean and takes up water through evaporation. The warmer the air, the more water it takes up. The air current gets to the Equator and then ascends through the atmosphere, cooling as it rises.

As the air cools, the burden of water condenses and releases heat. When enough heat is released, the air rises even further, pulling more air behind it to produce a thunderstorm.

So the atmospheric engine’s output is the amount of heat and moisture it distributes between the Equator and the Poles.

To do this, they had to build on climate models, examine climate records for the last 30 years, and simulate the planet’s climate from 1982 to 2098.

They worked out that although the atmosphere is a machine, it isn’t a perfectly efficient one. At least a third of the atmosphere’s energy budget was dedicated simply to evaporating water and then dropping it as rain, and this drain on the overall energy available actually reduced the potential intensity of the winds around the planet, which is why the weather is, quite often, pleasant.

Like all science, the findings will be tested − first by other scientists and then by the planet itself. But the conclusion is that a more vigorous water cycle could actually take yet more steam out of the atmospheric circulation. The winds could run out of puff.

This wouldn’t work smoothly, though. Air masses that didn’t get to the top of the atmosphere would be weakened, but those that did get to the top would be more tempestuous.

“Powerful storms are strengthened at the expense of weaker storms,” Dr Laliberté says. “We believe atmospheric circulation will adapt to this less efficient form of heat transfer and we will see either fewer storms overall, or at least a weakening of the most common, weaker storms.”