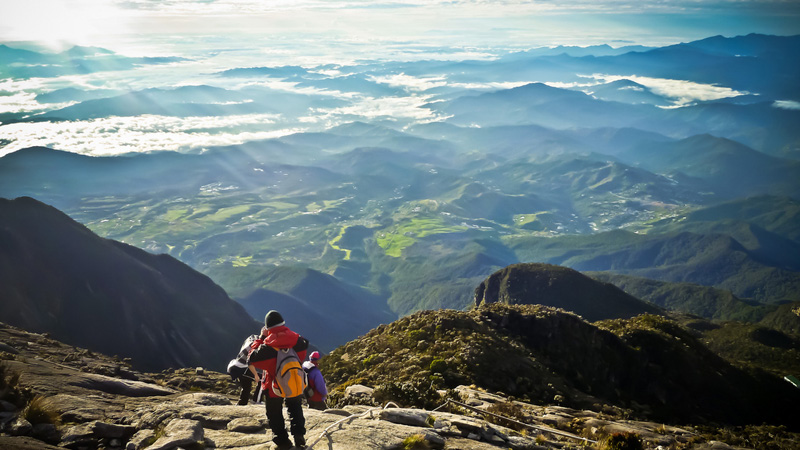 One in three of the mammal species of Borneo could see their habitat reduced by a third by 2080 − because of climate change alone – say scientists.

Given that the rainforests of Borneo are right now also being felled, burned and converted to commercial plantation, nearly half of all mammal species will lose more than a third of their remaining home range within the next 65 years.

Among the first to feel the heat will be those species that are already endangered – creatures such as the greater nectar bat, the otter civet, and the flat-headed cat.

Matthew Struebig, a tropical ecologist at the University of Kent, in the UK, and colleagues report in the journal Current Biology that they considered the challenge of conservation in one of the world’s great biodiversity hotspots − but which is also under pressure from population growth, economic expansion and continued pressure on the last stands of one of the world’s great forests.

The researchers assembled a comprehensive map and inventory of data for 13 species of primate, 23 carnivores and 45 kinds of bat. Altogether, they examined 6,921 records and observations.

They developed a framework to model the amount of suitable habitat that each of their 81 species needed, and tried to identify the forest land that – if saved from the woodsman’s axe – would be best suited as a natural reserve for that species.

Then they set about incorporating future conditions, dependent on different climate data. They ended up with eight versions for each species: a total of 4,698 maps describing the habitats of the large and small animals that swing through the tree canopy, nest in tree trunks, or hunt among the roots and underbrush.

It was calculated that somewhere between 11% and 36% of the island’s mammal species would lose 30% of their habitat by 2080, and the ecological conditions that suited them best would move uphill by between 23% and 46%, as global climate warmed because of greenhouse gas emissions.

Deforestation – which happens because of economic and commercial pressures, and is independent of climate change – would make things worse, so that 30% to 49% would lose a significant slice of living space.

Warnings like these are intended to prevent extinction − to preserve some of the remarkable fruits of millions of years of evolution − and the researchers will be presenting their findings to the governments of Indonesia, Malaysia and Brunei.

“Only a modest amount of additional land on Borneo – about 28,000 square kilometres, or 4% of the island – would be needed outside of existing reserves to safeguard many mammal species against threats from deforestation and climate change,” Dr Struebig says.