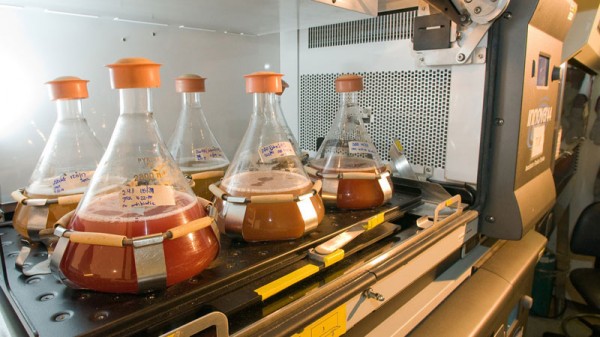 The use of land to grow energy crops is not compatible with sustainable food production, scientists have warned.

Advocates see bioenergy as a vital renewable resource that can help to cut greenhouse gas emissions.

But a report published by the World Resources Institute said estimates for bioenergy potential were based on double counting and “technological optimism”.

It urged governments to scrap subsidies and targets for use of such fuel for transportation or electricity generation.

Tim Searchinger, lead author, told RTCC: “The basic rule is: Don’t divert the productive capacity of land to bioenergy, because there is always a big cost. People have just not calculated those costs.”

But it acknowledged debate about the overall climate impact of diverting land to specific energy uses was “unresolved”.

“We are coming down strongly on the sceptic side, but we don’t think it is that complicated, really,” said Searchinger.

“The world’s land is already growing plants. Those plants are used. One of those uses is to store carbon or replenish carbon. If you use those plants for something else, you are giving up something.

“All those other things are getting more and more valuable and more and more competitive. We have this big land crunch even without bioenergy. Bioenergy just adds to that.”

Where there is spare land, bioenergy is a “stunningly inefficient” way to use it, he argued. Making ethanol from corn harnesses 0.3% of the sun’s energy, compared to 16% for a solar panel.

Three quarters of the world’s fertile land area is already managed and harvested, the report stated. Demand for food is expected to grow 70% from 2006 levels by 2050.

Meanwhile, there are various incentives to increase bioenergy production, heightening competition for land.

In a 2011 report, the International Energy Agency estimated up to 27% of transport fuel could come from bioenergy by 2050.

Use of bioenergy counts towards renewable energy goals in the US and Europe.

The European Union has a target to get 10% of transport fuel from sources such as biodiesel or bioethanol by 2020.

In the UK, subsidies are available for coal power generators to switch to burning wood at large scale.

Searchinger argued in a previous study, seized on by green groups, that such biomass could in some circumstances be dirtier than coal.

There is a “modest role” for bioenergy, Searchinger conceded, in traditional functions such as charcoal stoves in developing countries or from “wastes and residues”.

In future, he said it could be worth growing algae in the desert to fuel aeroplanes, although it is “very expensive” today.