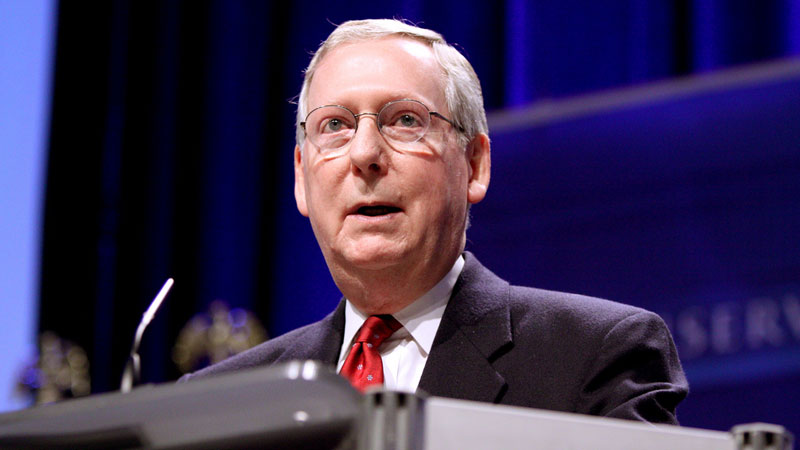 The Keystone XL pipeline faces further delay after Democrats prevented a final vote on a bill to force it through.

Senators spent last week debating amendments to the bill, which would deprive President Barack Obama of authority over the final fate of the controversial oil project.

Republican Senate majority leader Mitch McConnell yesterday tried to move the bill to a vote, but failed to secure the 60 votes necessary to bring the debate to a close.

The bill has become a power struggle between the two parties. The Republicans pledged to make it a priority issue when they took the Senate majority at the beginning of January.

53 senators voted in favour of moving the bill to vote – including some Democrats who are in favour of the pipeline – with 39 voting against.

“Senator McConnell promised Democrats an open amendment process and a full-throated debate on the Keystone pipeline and we are holding him to that promise,” said Chuck Schumer, a Democrat Senator for New York who opposes Keystone.

“Trying to muzzle the debate by refusing to allow Democrats even one minute to advocate for their amendment and then simply refusing to hold votes on dozens of amendments is not remotely an open process.”

Republicans, on the other hand, pointed to the week of debate and voting on amendments as evidence that they had conducted an open and transparent process.

The oil magnates are large donors to the Republicans with significant influence over the party’s policies. They also hold leases on 1.1 million acres of Canadian tar sands, meaning they stand to benefit if the Keystone XL Pipeline is developed.

President Obama has already indicated that he will veto the bill, which attempts to override the State Department’s process to review the impact of the pipeline.

Environmentalists are opposed to the project, which would transport polluting tar sands from Canada to the US Gulf Coast, on the grounds that this would increase greenhouse gas emissions and contribute to climate change.

On Thursday, an anti-Keystone rally is planned in Pennsylvania, where Obama will meet with Democrats to discuss their two-year agenda in Congress.