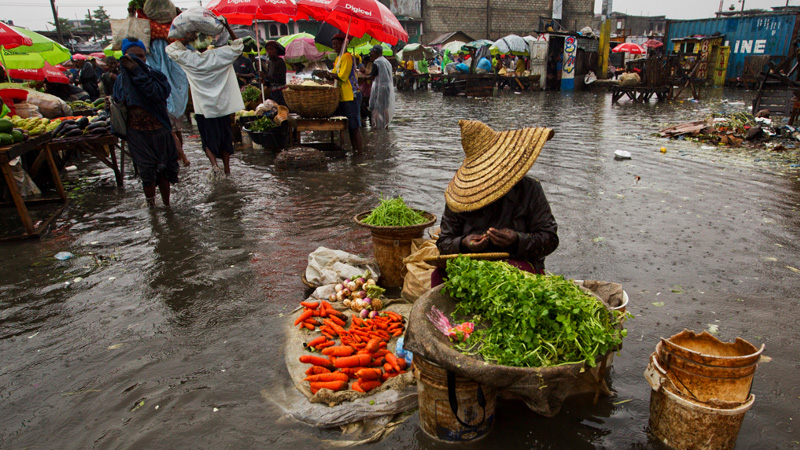 Efforts to lift millions out of poverty will be harmed unless countries agree a new global plan to help countries cope with natural disasters, the UN’s disaster risk chief has said.

“Without reducing disaster risk what they are doing with sustainable development will continually be under threat,” she said.

Countries are engaged in talks over a new UN disaster risk deal to replace the Hyogo framework, a 10-year strategy that ends this year.

Talks on the agreement will continue in Geneva this week, with one participant warning of “all night sessions” as government officials wrangle over the draft text.

The replacement deal, due to be signed off in the Japanese city of Sendai in March, will not be legally binding but it will represent progress on Hyogo, Wahlström insisted.

It could include numerical indicators on economic losses and also reducing mortality rates from disasters she said, with a 20% drop in deaths over 15 years one possible new global goal.

New standards and targets for ensuring schools and hospitals are resilient to extreme conditions are also likely to be unveiled in Sendai.

Countries are not forced to abide by UNISDR rulings, but most participate in regional meetings to exchange ideas on how to cope with disasters, she added.

“It’s not legally binding like a convention or a treaty but building on work everyone is doing it will have a strong level of commitment, that’s clear from the passion that goes into the discussion,” she said.

“The first commitment countries have is to themselves and their people.”

In the past decade the UN estimates there have been 3,400 natural disasters ranging from earthquakes, floods, storms, droughts to heatwaves – resulting in the deaths of 750,000 people.

According to research by the London-based Overseas Development Institute, by 2030 the economic costs of disasters could hit US$180 billion, up from $125bn in 2010, figures corrected for inflation.

Since 2005 over 141 countries have submitted national risk analyses to the UNISDR, said Wahlström, offering “extraordinarily honest” accounts of their weaknesses when faced with crises.

A major advance has been the deployment of more coastal early warnings systems, which have saved thousands from oncoming storms or tsunamis, UN secretary general Ban Ki-moon said last week.

The proposed Sendai agreement is unlike to drive more funding towards this sector, said Wahlström, but she hoped current streams of funding would grow off the back of the Sustainable Development Goals and Paris climate agreement scheduled for later this year.

“I don’t expect – I wish – there would be a dedicated fund set up for DRR. But I do hope and we are working for a funding stream we can use to stimulate action,” she said.

“Infrastructure is a big part of this, climate and development – you don’t deal with it in three separate streams – you have to integrate it.

“If we get things right and if there is a commitment in the climate negotiations to deal with climate risk – if member states are now discussing on the SDGs, where disaster risk is one of the target in several of the goals – if we can keep these together at that level then I think we will have sufficient broad use of financing for disaster risk reduction.”