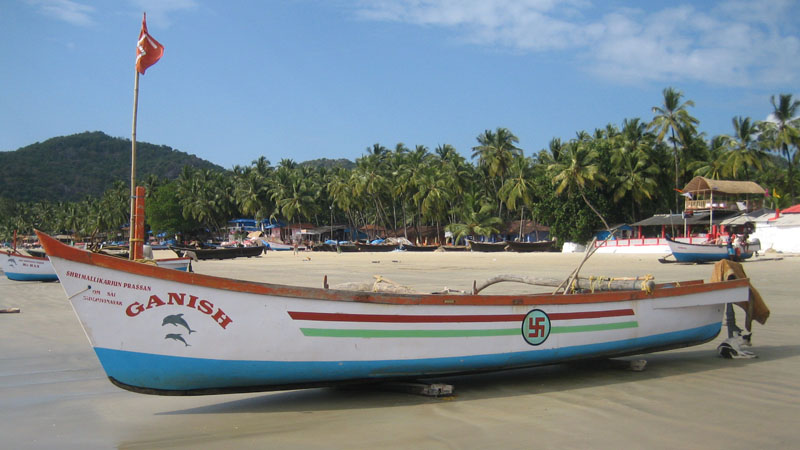 Coastal villages like this on in Goa, India face an uncertain future as sea levels inch up incrementally (Pic: Ed King/RTCC)

Sea level rise for most of the 20th century may have been over-estimated by as much as 30%.

The less welcome news is that, if that’s the case, then sea levels since 1990 have started to accelerate more sharply than anyone had ever expected.

Scientists at Harvard University, in the US, report in the journal Nature that they came to the conclusions after deciding that old data needed fresh analysis − using sophisticated mathematical filtering techniques for handling the uncertainties and gaps in such data.

The catch is that sea level measurement hasn’t been going on for very long, so not all measurement techniques have been the same. In addition, reliable, systematic and sustained sets of data are relatively sparse.

The term “sea level” sounds pretty basic, but the oceans are hardly ever level.

Tides swell and ebb, regions of sea rise and fall according to temperature and salinity, and the shorelines at which researchers take measurements can also go up because of tectonic movement or sink because of the abstraction of groundwater.

Measurements along some of the world’s great estuary systems can be skewed because of human interference over the decades with the flow downstream, and great tracts of ocean cannot be measured directly at all.

The challenge, then, is to arrive at an average sea level rise for the whole planet.

“We know that sea level is changing for a variety of reasons,” said Dr Carling Hay, post-doctoral fellow in Harvard’s Department of Earth and Planetary Sciences (EPS).

“There are ongoing effects due to the last ice age, heating and expansion of the ocean due to global warming, changes in ocean circulation, and present day melting of land-ice − all of which result in unique patterns of sea level change. These processes combine to produce the observed global mean sea level rise.”

So the Harvard scientists, working with colleagues from Rutgers University in New Jersey, made estimates for the meltwater from glaciers and dwindling ice caps, from ocean thermal expansion and factors. They then “smoothed” the data, using a mathematical modelling algorithm.

Earlier estimates put mean sea level rise in the 20th century at between 1.5 and 1.8 millimetres a year. Dr Hay and her colleagues now think that, between 1901 and 1990, the true figure was probably closer to 1.2mm a year.

But since 1990, global sea level has risen by 3mm a year on average. So, in fact, the acceleration since then has been faster than anybody expected – and this in turn could affect future projections.

“Another concern with this is that many efforts to project sea level change into the future use estimates of sea level rise over the time period from 1900 to 1990,” said co-author Eric Morrow, a recent Ph.D graduate of Harvard’s EPS

“If we’ve been over-estimating the sea level change during that period, it means that these models are not calibrated appropriately, and that calls into question the accuracy of projections out to the end of the century.”

Dr Hay added: “We expected that we would estimate the individual contributions, and that their sum would get us back to the 1.5 to 1.8mm a year that other people had predicted. But the math doesn’t work out that way.

“Unfortunately, our new lower rate of sea level rise prior to 1990 means that sea level acceleration that resulted in higher rates over the last 20 years is really much larger than anyone thought.”