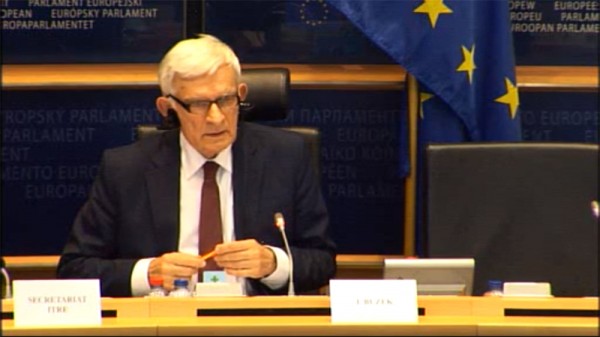 The European Parliament’s industrial committee has failed to reach an opinion on reforms to the ailing EU carbon market.

After narrowly voting to delay until 2021 proposed measures to stabilise the market, lawmakers took the unusual move of overturning their own decision.

The carbon price dropped on the news, which extends uncertainty over the emissions trading system (ETS). All eyes will now turn to the environment committee to secure its future as the cornerstone of Europe’s climate policy.

The ETS is a core plank of the EU’s climate strategy, which includes a goal to slash emissions 40% from 1990 levels by 2030.

But a chronic oversupply of pollution permits has depressed the carbon price to around €7/tonne – too low to provide an effective signal for low carbon investment.

A progressive alliance of left-wing, liberal and green MEPs is pushing for the introduction of a market stability reserve in 2017 to prevent such gluts.

Conservative members of the committee overruled them, however, instead agreeing to a 2021 start date.

The inconclusive outcome came because the conservative bloc also tried to “steamroller through” measures to prevent carbon leakage after 2020, explained Alex Luta, policy analyst at Sandbag.

These were to address the concern of some heavy industries that a high carbon price will make them uncompetitive against foreign rivals, driving emissions overseas.

The progressive alliance argued they had no mandate to agree such provisions now, before the immediate matter of stabilising the market was addressed.

Luta said the result was not “the best of all worlds” but showed there was a good chance of getting support for early reforms in the more progressively inclined environment committee when it meets next month.

“Even in this most conservative committee – when it comes to climate change – a very very large body of people that believes a 2021 market stability reserve is not worth having,” he said.

The European Wind Energy Association (EWEA) described the weak conclusion as a missed opportunity to strengthen the ETS.

Justin Wilkes, deputy CEO of the trade body, said: “At the moment, the system that was meant to spark Europe’s transition from a carbon economy to a climate economy is dead in the water and unless we see a sweeping overhaul, that’s not going to change in the near future.”

Sara Deblock, Brussels expert at the International Emissions Trading Association, played down the significance of the vote.

The industrial committee’s opinion was not going to be binding in any case, she pointed out. “Now there is no opinion, ENVI [the environment committee] has a free hand.”

The environment committee is due to vote on the carbon market reforms on 24 February. The issue is likely to go to a plenary session for a final decision from parliament.