Fate of EU carbon market hangs in the balance 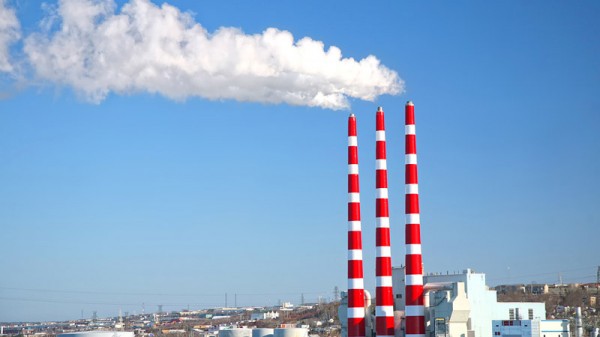 The credibility of Europe’s climate policy faces a critical test on Thursday, when lawmakers vote on reforms to its carbon market.

Members of the European Parliament’s industrial committee will debate how fast and far to go with measures to tackle an oversupply of pollution permits, which has chronically depressed the carbon price. At around €7/tonne, the price gives industry only a weak signal to invest in low carbon technology.

Experts say that swift action is needed to restore faith in the emissions trading system (ETS), which forms the cornerstone of the European Union’s climate policy.

Tomorrow’s vote on a stability reserve for #EUETS looks razor-thin. Will all MEPs from S&D, Greens, ALDE and GUE come out in force?

As a temporary fix, the European Commission has delayed the auction of 900 million allowances until 2019. Next, MEPs must decide how to rebalance the market in the long term.

There is broad support for a “market stability reserve” to prevent excess permits flooding the market, but MEPs are split over the timing.

The left-wing S&D, liberal ALDE and two green blocs are pushing for it to be introduced in 2017. The current surplus of 900 million allowances should go straight into the reserve, they say.

“We are very strongly supportive of that, because we want to make sure the market surplus is sorted out as soon as possible,” said Luta.

Some business leaders have come out in favour of swift reforms. The Prince of Wales’s Corporate Leaders Group wrote to MEPs last week, endorsing the progressive position.

Representing major brands including Shell, Unilever and GlaxoSmithKline, the group said that would give out “the right signals” to investors.

Most members of the International Emissions Trading Association also favour that approach, its CEO Dirk Forrister told RTCC. “They have come round to the concept that earlier is better.”

The conservative EPP and ECR groups, on the other hand, say it should be left until 2021, when the next allocation round starts.

Only two thirds of the surplus should go into the reserve, they argue, with the remainder auctioned to raise money for an innovation fund.

Their main concern is that a higher carbon price could hurt European industry, making it uncompetitive against foreign rivals.

“There has been nervousness from some of the industrials about whether the competitiveness provisions are clear,” said Forrister. 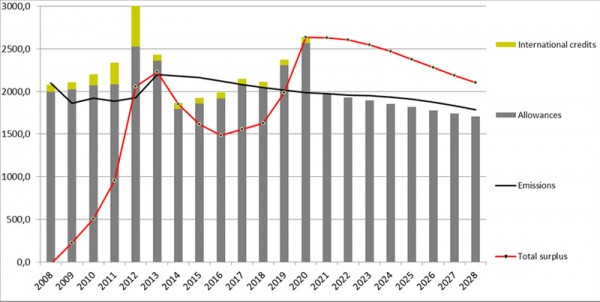 The European Commission’s own analysis shows that without action before then, the surplus of allowances in 2021 will be higher than it was in 2013.

“That would mean eight years of treading water, which given the scale and the pace climate change is progressing is entirely unacceptable,” said Luta.

Sandbag analysts predict the surplus could reach 4.5 billion allowances by 2020, undermining the ETS’s effectiveness as a tool to drive low carbon investment.

The European Parliament’s environment committee is also scheduled to consider the issue, on 24 February, before it goes to a plenary vote.

Luta said the industrial committee vote was “a very important first step” as it typically took a more conservative stance.

European leaders want to be able to show off a well functioning system in Paris this December, Forrister added, where a global climate deal is set to be signed.

“This is part of the EU restoring credibility in the ETS and trying to reset the longer term price signals,” he said. “Its current performance does not send that sense of confidence to the rest of the world.”