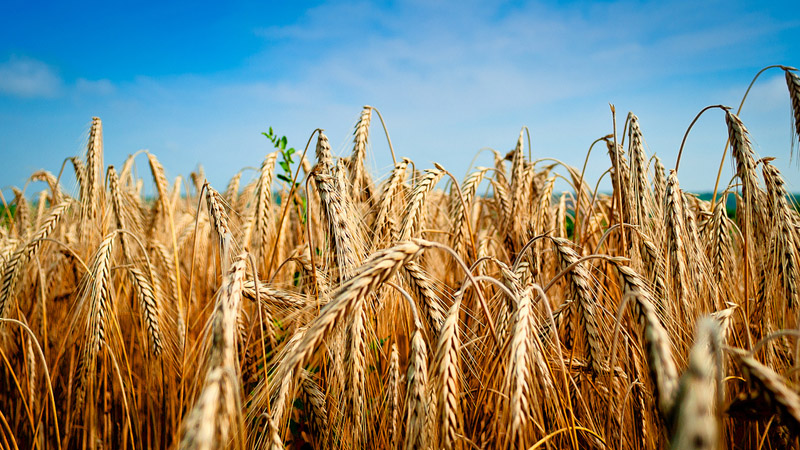 Climate change threatens dramatic price fluctuations in the price of wheat and potential civil unrest because yields of one of the world’s most important staple foods are badly affected by temperature rise.

An international consortium of scientists have been testing wheat crops in laboratory and field trials in many areas of the world in changing climate conditions and discovered that yields drop on average by six percent for every one degree Celsius rise in temperature.

This represents 42 million tonnes of wheat lost − about a quarter of the current global wheat trade − for every degree. This would create serious shortages and cause price hikes of the kind that have previously caused food riots in developing countries after only one bad harvest.

Global production of wheat was 701 million tonnes in 2012, but most of this is consumed locally. Global trade is much smaller, at 147 tonnes in 2013.

If the predicted reduction of 42 million tonnes per 1˚C of temperature increase occurred, market shortages would cause price rises. Many developing countries, and the hungry poor within them, would not be able to afford wheat or bread.

Since temperatures − on current projections by the Intergovernmental Panel on Climate Change − are expected to rise up to 5˚C this century in many wheat-growing regions, this could be catastrophic for global food supply.

He said: “Increased yield variability is critical economically as it could weaken regional and global stability in wheat grain supply and food security, amplifying market and price fluctuations, as experienced during recent years.”

One of the crucial problems is that there will be variability in supply from year to year, so the researchers systematically tested 30 different wheat crop models against field experiments in which growing season mean temperatures ranged from 15°C to 26°C.

The temperature impact on yield decline varied widely across field test conditions. In addition, year-to-year variability increased at some locations because of greater yield reductions in warmer years and lesser reductions in cooler years.

The scientists say that the way to adapt is to cultivate more heat-tolerant varieties, and so keep the harvest stable.

The results of the study − by scientists from the Finland, Germany, France, Denmark, Netherlands, Spain, United Kingdom, Colombia, Mexico, India, China, Australia, Canada and the United States − are published in Nature Climate Change.

Professor Martin Parry, who is leading the 20:20 Wheat Institute Strategic Programme at Rothamsted Research to increase wheat yields, commented: “This is an excellent example of collaborative research, which will help ensure that we have the knowledge needed to develop the crops for the future environments.”