Tony Abbott’s backtracking on climate action has made it more expensive for Australia to cut emissions, warns RepuTex 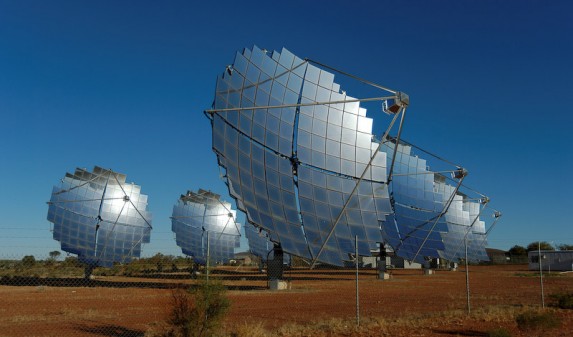 Australian policy changes have made it harder for solar to compete with coal power (Pic: Flickr/Johan Douma)

Australia’s options for greening its economy are dwindling amid uncertain climate policy, analysts have warned.

The country can now cut emissions just 15% on 2000 levels by 2030 without significant technological developments or lifestyle changes, the analysts found. In 2008, consultancy McKinsey judged a reduction of 60% feasible.

Hugh Grossman, executive director of RepuTex, said: “A significant portion of Australia’s earlier 2030 emissions reduction potential has been lost due to delayed investment, due largely to policy uncertainty around the carbon tax, and more recently, the renewable energy target.”

Tony Abbott’s government last year scrapped the country’s carbon tax, which was its main tool to limit greenhouse gas emissions. Details of its replacement, the renewable energy target, have been slow to emerge. 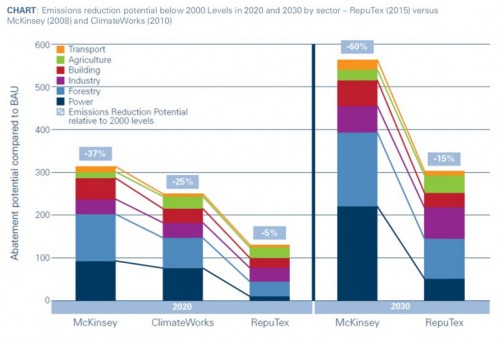 RepuTex examined 88 opportunities to cut emissions across six sectors and found many had become less competitive as a result of the policy U-turn.

“In the absence of strong, continual climate policy, investment in clean electricity generation, forest protection, and energy efficiency has not been as strong as it could have been,” said Grossman.

“Existing carbon-intensive assets are able to continue to compete against new technologies rather than being phased out, locking in emissions growth in the near-term.”

Australia may have to turn to international carbon credits to meet the 40-60% 2030 emissions reduction target recommended by the Climate Change Authority, RepuTex suggested.

In the near term, Australia can still meet its 2020 target of a 5% cut, the analysts said, but it will cost A$5.3 billion. That is more than double the A$2.55 bn government allocated to its Emissions Reduction Fund.

The grim prognosis for Australia’s green economy came as parts of the country were feeling the effects of climate change.

Western Australia was braced for temperatures of up to 50C on Monday, in another sweltering summer.

Scientists have established that human influences are making summer heatwaves twice as intense and three times as frequent in Australia.

Globally, 2014 was confirmed last Friday as the warmest year on record.

Australian Green leader Christine Milne renewed calls on Abbott to rethink his attitude to climate change in light of the record.

“Climate change is turning up the heat around the world and is risking ecosystems, economies and lives,” she said.

“This confirmation turns up the political heat on Tony Abbott to scrap his pathetic global warming policy.

“We need to do so much more to reduce pollution and address dangerous global warming, not less.”